Anime and Manga: An Introduction to the Diverse world of Japanese Art 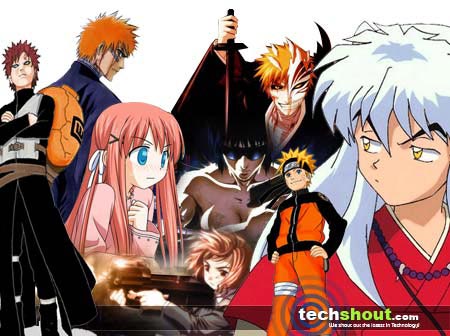 To some, Anime might just be dismissed as one of those silly Pokemon cartoons for kids. But on delving deeper, you will be surprised to know that a majority of anime cover a wide range of emotions, intense graphics, story lines and brilliantly conceptualized characters. A fact that cannot be failed to be noticed is that most Anime have been made keeping the young adult audience in mind.

I am no expert on Anime, just a casual fan, and aficionados of the genre could give you a much more in depth view than I ever could. However, as a fan, who has truly been absorbed in many a mind-gripping episode after episode, I feel it my duty to try to gain a larger audience and understanding of Anime.

In its country of origin Japan, the term Anime is simply an abbreviation of the word “animation.” In other countries of the world, the Anime refers to animation originating in Japan.

At the start of the 20th century when animation techniques were being explored all over the world, Japanese film makers too experimented which such techniques. This led to the creation of a full fledged sub-culture of animation called Anime which allowed artists to create just about any characters and settings, with no limitations whatsoever.

Most Anime that you see today are actually based on graphic novels called Manga comics. Popular Manga are often adapted into Anime, which then appeal to a more mainstream market.

The sky really is the limit when it comes to Anime. It has now become a legitimate art form, and at its best can tell stories in ways that would be impossible to tell in a live action movie. Anime can take you to fascinating worlds with complex story lines and equally complex and wildly exaggerated characters.

Over the years, Anime has penetrated into the lives of many and as a result can be found in many genres covering most categories that people can relate to, which include action, adventure, children’s stories, comedy, erotica, drama, medieval fantasy, occult, science fiction and romance.

Take for instance, a genre of Anime called Josei, which translates as ‘young woman’. This genre is obviously aimed at young women. Then there’s Robot or Mecha Anime which features super robots. Shounen Anime is targeted at younger boys, and is not to be confused with Seinen which is aimed mainly at teenage or young male adults.

As you can see, there are like a million Anime terms in Japanese that actually throw light on the disposition of characters and their status and if you wish to acquaint yourself with them, the Internet is a great source.

Listed below are some really popular Anime series that should definitely be on your must-see list:

Full Metal Alchemist, popularly referred to as FMA is actually a Manga series that has been adapted into Anime series, a number of graphic novels and video games. As the title suggests, this Anime covers an alternate world in which the science of alchemy is used, not to turn metals into gold, but rather to transmute matter into different matter. Full Metal Alchemist is a truly fantastic fantasy-based Anime and will surely appeal to those who wish to take a trip to magical land full of secrets. Interestingly, the term “FullMetal” is used to describe a person who is stubborn!

Another one on the list is Bleach, which has been adapted into an Anime series, an Anime film, a rock musical and a number of video games. Bleach follows the lives of a high school student called Ichigo Kurosaki, who has the ability to see ghosts; and a Soul Reaper who crosses paths with Ichigo while hunting an evil spirit known as a hollow. In the Bleach universe, there are several planes of existence.

Then there’s the InuYasha manga and Anime series which has gained immense popularity since it was first aired in Japan in 2000. Till date the InuYasha manga series is popular. The story centers around a time traveling middle school student and her friends that include a half-demon, a lecherous monk, a demon slayer, a shape-shifting fox with magical abilities, and a cat with supernatural abilities.

This Anime series is actually named after one of the main characters, InuYasha, which means “dog spirit”.

Another must-see is Ghost in the Shell, an anime series adapted from a Japanese cyberpunk manga. Over the years, the original Ghost in the Shell manga has spawned three anime films, two anime television series and two PlayStation video games.

Very different from most Anime, Ghost in the Shell is a futuristic police thriller that deals with the life of a member of the secretive operations section of the Japanese National Public Safety Commission, which specializes in fighting technology-related crime.

And, just when you thought that you’ve been too disconnected from the real world after watching fantasy-based and other-worldly Anime, there’s Witch Hunter Robin. This Anime centers around the Japanese branch of a secretive global organization called Solomon that fights the harmful use of witchcraft.

Well, Witch Hunter Robin is not based on the lives of normal people per se, but we think it’s the closest one could get to an Anime that is not based on characters with really out-of-this world powers. And, if you’ve watched it well enough, you’ll realize this too. After all, people around the world do claim to have telekinetic powers and some of them even claim to be witches!

For those who love action and adventure, there’s Initial D, which is a racing animation series that revolves around Illegal Mountain driving. To sum it up, Initial D is an Anime along the same lines as The Fast and the Furious: Tokyo Drift.

In India, Animax is the only channel that exclusively airs Anime series, although fans have been complaining that the channel keeps showing reruns of episodes. I wouldn’t blame those fans, after all they watch episode after episode and know exactly what powers characters have been bestowed with. These are the people who can also tell you each and every detail of how a particular character was killed off.

Thanks to the Internet, hardcore Anime enthusiasts manage to get their daily dose (which constitutes at least half a dozen episodes at a go) easily, at no cost and with no hassles of availability.

Stay tuned for this is just the first part of a three-part article on Anime and Manga. In the next article we will take you one step closer to Anime enthusiasts in India, fan art, the Anime culture and much more regarding this all-encompassing art form.