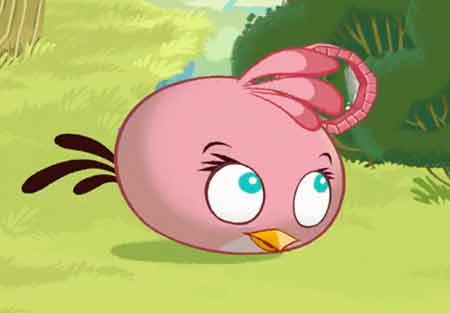 Rovio has decided to add a bit of cuteness to Angry Birds with an all new character dubbed the Pink Bird. With every new season, this game developer has been introducing a fresh character that could take on those evil green pigs. And this newest member will apparently be flying in with the Back To School edition.

The Pink Bird was introduced through a trailer video that was spotted by Mashable on Rovio’s official YouTube channel. According to the website, the addition of this bird to the clan of annoyed, feathered critters could be an indication that developers are running out of new ideas. Okay, so maybe there’s something to the observation that the ‘cute anger’ of this little adorable bird is pretty different from all the other characters who are infuriated at all times. Nevertheless, the lack of a frown in spite of a new-fangled birdie comes across as a fresh change.

Just like all the other characters in the game, the pink bird should also have a super power. But as shown in the video, it has a bubble blower. It seems like this member will tackle green creatures with the help of bubbles. What remains to be seen is exactly how it will be worked into the mechanics. Additionally, Rovio may be releasing an all new season of this popular franchise termed Back To School. Just recently, the company had revealed its plans of adding the Red Planet Space update to the latest version of the game.

Rovio is yet to announce when the Angry Birds Back To School edition with the Pink Bird will make its debut.