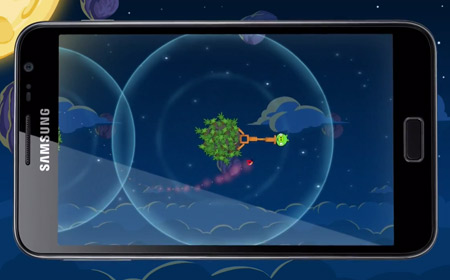 Move over Seasons updates and Rio, for Angry Birds Space will be bringing in new feathery friends with powers to watch out for. And yes, those won’t be the only things that will push this edition a notch higher, for it is tagging along fresh gameplay mechanics as well.

The much-awaited announcement came in the form of a video broadcast from the International Space Station, the result of Rovio working in collaboration with NASA to make this happen. The game brings along 60 mystifying levels, with more stages being available as in-app purchases or as free regular updates.

“We focused on every detail in development of Angry Birds Space to build a special experience for our fans,” states Peter Vesterbacka, CMO and Mighty Eagle of Rovio Entertainment. “I believe we have succeeded well with the game, and we wanted to create something as unique around our launch events. NASA has been the perfect partner for our Angry Birds Space programme, and we can’t wait to work with them on creating more compelling educational experiences.”

What will probably make the edition more fun is the anticipation of a galactic environment wherein, the weightlessness of space and the gravity pull exerted by planets, add some puzzling twists. Fans could be looking forward to seeing the birds in new avatars, draped in interesting costumes and with enhanced abilities to take on the mean green pigs. 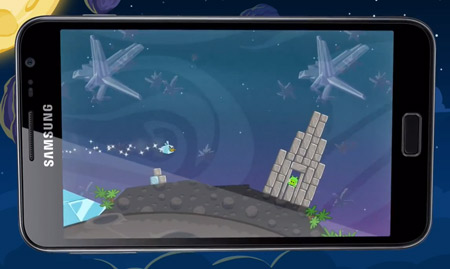 We’ve already reported that Angry Birds Space will be launched on March 22 for iOS, Android, Mac and PC users. This will be brought out along with Angry Birds merchandise and an official companion book to the game which has been developed in partnership with National Geographic Books.