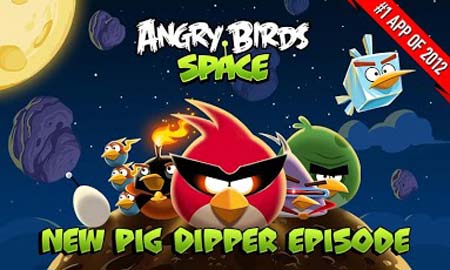 Angry Birds Space has been updated to include a new galaxy, which is filled with planets of water. Version 1.4.0 is available for iOS and Android, and is coming soon, Rovio says, to other platforms, although a specific release date hasn’t been pegged down.

Developer Rovio has taken Angry Birds Space to a new galaxy which is dominated by water planets and its own unique physics laws of action and reaction. The piggies also make an appearance, of course, but are seen in boats (and on some occasions, in submersibles) on the Pig Dipper episode as it’s called. 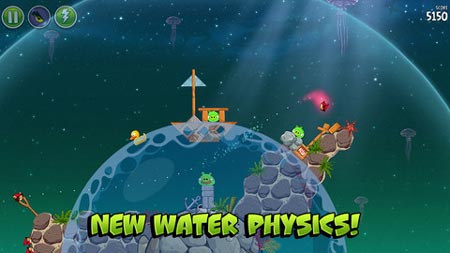 The update adds 30 new levels which include an underwater boss level, as well as 3 new power-ups – Flock of Birds, Space Egg, and Pig Puffer. The third of these power bonuses makes the pigs puff up, leading to larger and easier targets. Meanwhile the Space Egg power creates a black hole while the Flock of Birds ability uses pack mentality to hunt down the pigs.

The video below gives a glimpse of the new mechanics in action. A glance at the footage and it appears that the developers have cheekily omitted a few physics-based outcomes though. They seem to have coyly not accounted for surface tension, although it could be argued this would probably make playing a lot less fun. 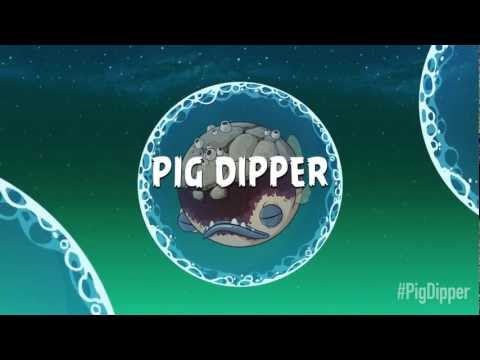 And if the player is to succeed, the bad piggies must be put to pasture in what can only be described as watery graves. In fact, those on iOS will get the chance to participate in leaderboards specific to power-ups, in addition to the regular listings of top honors.

The game that was so popular last year that it received not one but two spin-offs. The first came in the form of a title with a Star Wars theme while the other provided fans with a totally different physics-based experience in Bad Piggies. 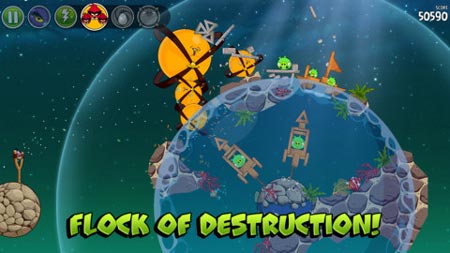 To summarize, Angry Birds Space has been updated to include the new Pig Dipper episode and is available for a price of just about a dollar US, on both the Apple iTunes store as well as on Google’s Play store. For owners of iDevices, it comes as a 22.4MB download, while Android users see it arrive in the form of a fairly larger 47MB package.