Angry Birds Piglantis download has players going for a swim 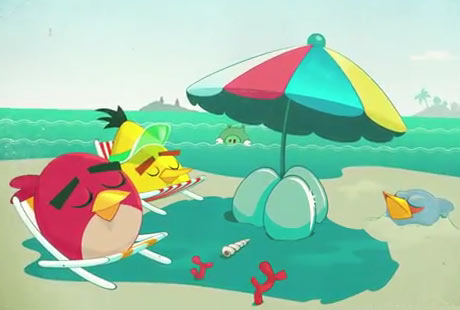 In the murky depths of Rovio labs, the developers having been brewing the Angry Birds Piglantis download for all those who still haven’t got over their bird-pelting obsession. Keeping the warm summer season in mind, the installment has been set up in watery environs this time around.

According to the game developer, enthusiasts have been practically begging for an episode themed around water. And hence this refreshing ‘watery’ update. It’s the first time ever that the irked birds have taken a dive into this sort of setting. 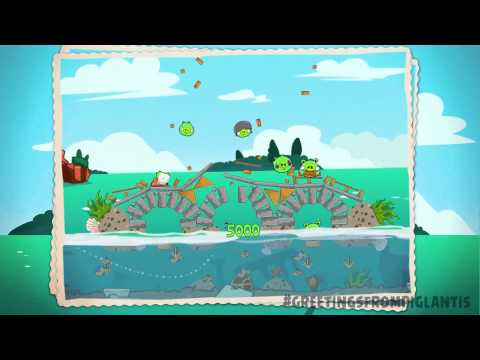 In the latest concoction by Rovio, gamers can look forward to no less than 30 levels of bird-flinging amusement. What’s more, catapulting the feathered critters through water, instead of air means the gameplay mechanics change too.

“For the very first time, the birds are taking to the water – fling them in the lagoon and see what happens! Hint: Pigs sink and birds float!” says the Rovio blog post proclaiming the release of this Angry Birds update. 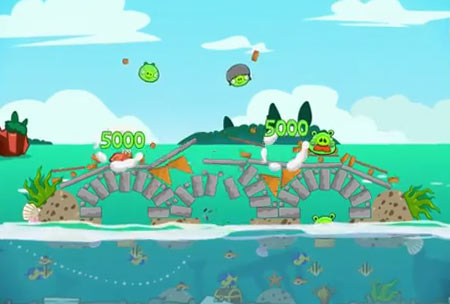 Now it may be too late for mentioning this, but Rovio also had a contest planned for fans of the title. The company had announced a limited bunch of Piglantis postcards that would be especially printed out for the winner of their Twitter competition. The challenge required contestants to think up a summer-related message for the back of the postcard.

As for the game update, fans can download Angry Birds Piglantis for iOS through iTunes. Those on Android can avail of the same via Google Play or Amazon Appstore. Its Mac and PC versions are yet to arrive.