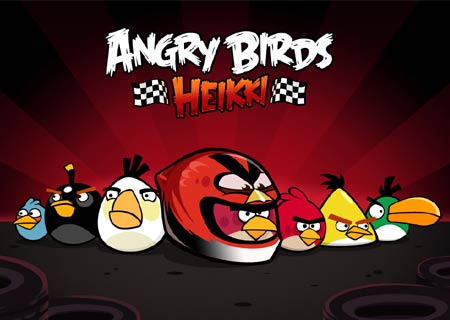 We’ve seen the furious critters take off to various locations including the depths of space and now the fight against the green pigs has hit a whole new level with the launch of the Angry Birds Heikki web game. This new release from Rovio features 12 playable levels that are based on upcoming Formula 1 races.

Developed in collaboration with F1 driver Heikki Kovalainen, the online game takes players to the professional race tracks with the goal of defeating the green hogs once again. At present, the title only offers the Silverstone level, while many more are said to be in the pipeline. Each new environment will make its debut after every race. The next addition which is based on the Hockenheim race, is slated to release on July 11.

“The Angry Birds Heikki game is part of our larger partnership with F1 driver Heikki Kovalainen. As a Finnish company, we’re happy to see our fellow Finn sporting an Angry Birds helmet and collaborating with us this brand-new webgame and upcoming co-branded merchandise. So take a look at the Angry Birds Heikki game, and make sure to check back for new levels!,” reads a post made on the official Rovio blog. 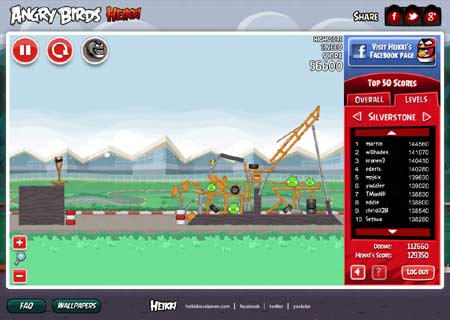 To make things interesting, the company has thrown in a new power-up similar to the Mighty Dragon, dubbed the Heikki Power. Users will be able to unleash this ability through a secret code that can be found on Heikki’s Facebook page. The lineup of upcoming levels include tracks from Budapest, Singapore, Suzuka, New Delhi, Sao Paolo and many more.

The Angry Birds Heikki web game can be accessed through the heikki.angrybirds.com website.