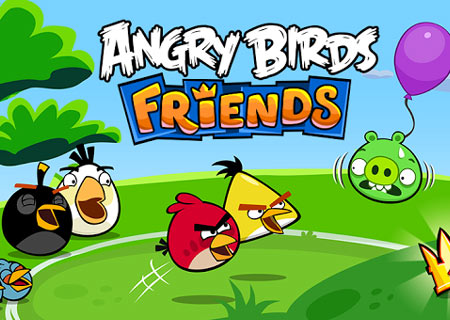 Nearly a year after launching Angry Birds Friends on Facebook, Rovio has decided to bring the multiplayer title to iOS and Android platforms. The game’s upcoming arrival was announced by the developer a month ago and now it has provided the much awaited details like what users can expect.

Based on the information posted on the official blog, the gameplay will be no different from its Facebook counterpart. Here, players will be able to participate in tournaments that are held weekly to earn the ‘king of the sling’ title by gathering medals such as bronze, silver and gold on each level. There are daily rearwards in the offering that can be collected as well, and items such as power-ups which include King Sling, Super Seeds, Wingman and Birdquake, can be sent and even received in the form of gifts. 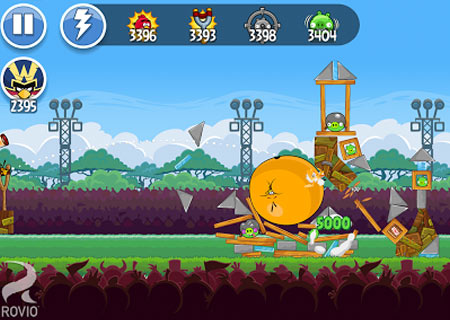 Additionally, with cross-platform support, users can compete with friends even on Facebook through their mobile devices. Players will be able to brag about their accomplishments by posting wins online. The first weekly tournament starts on May 6 and on each Monday a new competition commences. The developer states that there will be fresh levels each week and mobile users will be presented with an exclusive power-up. What’s more, the game will automatically be synced with the Facebook version.

In recent news, the Windows Phone release of the original title has been re-launched for the platform. The new title comes with over 400 levels out of which, 100 have been newly implemented. It is compatible with both, version 7.5 and 8 of the OS, but only the latter will come with Xbox Live integration and support for achievements as well as leaderboards. Owners can download it for free until May 15. The official Windows Phone blog denotes that the Rio edition is in the works and should be available very soon. 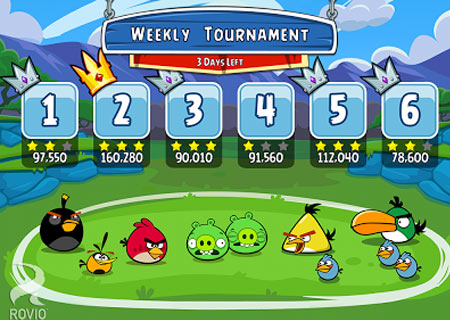 As stated earlier, tournaments will begin next week, but the Angry Birds Friends game is now available for download on devices running iOS 4.3 or later and Android 2.2 or newer through the App Store and Google Play for free. The title is over 40MB in size and it requires an internet connection as well as a Facebook account to work.