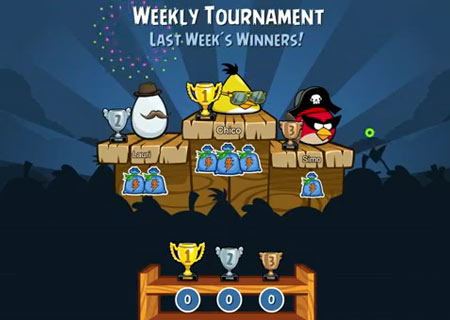 Rovio has flown Angry Birds Friends to Facebook with the idea of making the gaming experience even more social. From now on, members of the SNS can participate in weekly tournaments with the sole idea of showing off their bird-flinging skills to friends.

The game has four fresh levels built especially for the tournament mode and there will be new ones every week. Apart from the rewards that players get to earn on a daily basis, power-ups may also be won through the aforesaid weekly challenge mode in which the first, second and third places are awarded gold, silver and bronze trophies, respectively.

Three power-up packs will vend their way to gamers with a gold trophy, while two and one of these are offered to those who win the second and third places, correspondingly. If that wasn’t enough, fans can even look forward to receiving a power-up for every tournament level they play and one just for participating in the challenge. 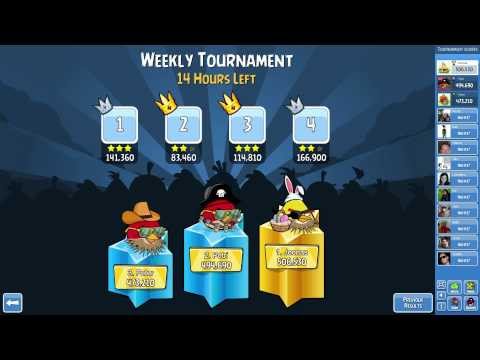 “We can’t wait for our fans to play Angry Birds Friends,” expressed Petri Järvilehto, EVP of Games at Rovio Entertainment. “These great features add a compelling new dimension to the gameplay that fans already know and love, and with new levels every week, there’s always a new challenge to try!”

But the tournament mode is not the last of Rovio’s latest launch. The release will also include the Share & Play, a feature that can claim to be quite self explanatory going by the name itself. Well, the sport of popping green pigs can probably not get more social than this. 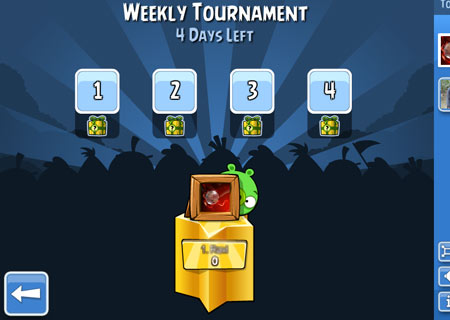 Angry Birds Friends is already open to all Facebook members.