Angry Birds Fight! is the newest entry to the massive franchise created by Finnish studio Rovio. This game is now available for download globally on Android and iOS devices through their regular content distribution channels. It’s of course a free title but it contains micro-transactions as well.

Described as the franchise’s ‘first cultural mash-up,’ it unites concepts from the west and the easy by combining Candy Crush-like match-three gameplay with Japanese RPG elements. It’s also the first Angry Birds offering to feature player-vs-player gameplay, which also means that gamers will need to stay online all the time.

Angry Birds Fight! has you racing against the clock to match as many panels as you can. Doing this fills up your ‘power up’ meter that helps your birds fight against birds from other gamers around the world. You can even earn new tools and weapons in the process. 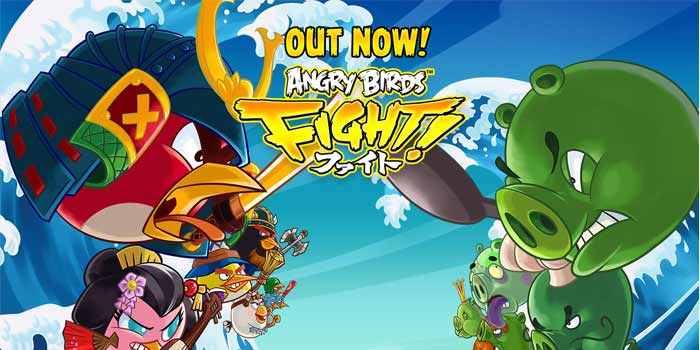 This Angry Birds game was launched in a limited fashion for the Asia Pacific region not too long ago, and has finally managed to reach a global audience. It’s the eleventh main entry to the popular series which has in the past seen tremendous success that was fueled by its unique physics-based earlier games.

But Rovio is more involved in creating mash-ups and spin-offs these days, so the original gameplay can only be accessed through the older offerings like Angry Birds Rio, Angry Birds Seasons, Angry Birds Space and more. The recently launched Angry Birds Epic was the first time the company tried its hand at role-playing gameplay.

Coming back to Angry Birds Fight! it can be grabbed now through the Google Play store and the Apple App Store.