Angry Birds Epic, the turn-based role-playing game which has been in testing since long, has finally been released for the public through various app stores and is free to download on all of them. It goes without saying that micro-transactions indeed form part of it, asking you to spend cash at regular intervals for enhancing your experience with the game.

At one time, the Angry Birds series enjoyed the kind of popularity that no other mobile game ever did. But its reputation slowly slipped due to various factors, prime among them being the excessive emphasis on micro-transactions. With this new game, its makers would want to gain some lost ground hence. 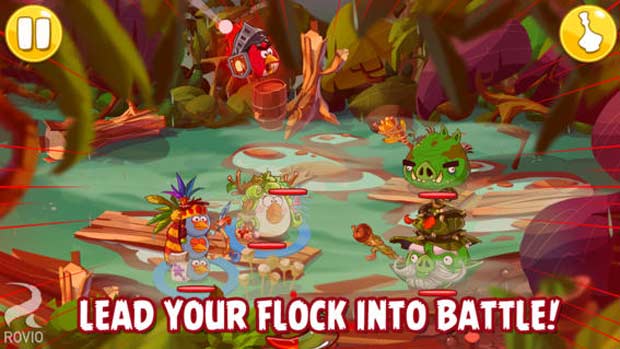 Angry Birds Epic is available now for Android, iOS as well as Windows Phone devices. Set on a fantasy ‘Piggy Island,’ it features turn-based battles of the old school RPG type and also allows you to level up your characters, characters, armor, weapons and potions as you move towards your ultimate goal of rescuing stolen eggs.

Back in March this year, following a series of teases, Angry Birds Epic was made official by Rovio. It was first made available in the form of a soft release in Australia and Canada through iTunes. And after lots of testing, the final version is now out for everyone to download and play on their mobile devices.

Angry Birds Epic is live now on the Google Play store, the Apple App Store and the Windows Phone Store and it can be acquired free of cost.