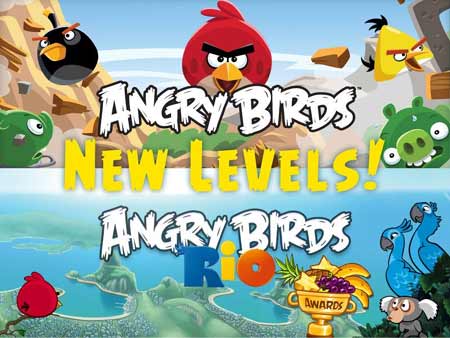 Just before the wingless critters can soar off for a war in space, the Angry Birds and Angry Birds Rio games have been updated with multiple fresh offerings. Both titles are available through iTunes, however the latter can also be purchased from the Amazon Appstore.

The latest refresh for the first Angry Birds installment introduces a completely new episode with some tropical settings. Here’s how the story goes about; the creatures are apparently have a fun time on the beach until their archenemies, the greedy green pigs, make an appearance. Well, we all know what happens next. Avenging the angry protagonists’ troubles will take users through up to fifteen levels.

A recent post on the official Rovio blog describes, “Download the latest updates for iOS for Angry Birds and Angry Birds Rio! Angry Birds on iOS has a tropical new episode with 15 new levels! It’s a beautiful day at the beach…till the pigs show up! Can the Angry Birds rescue their eggs in time to have some fun in the sun? This new beach theme is so sunny you’ll get a secondhand tan!” 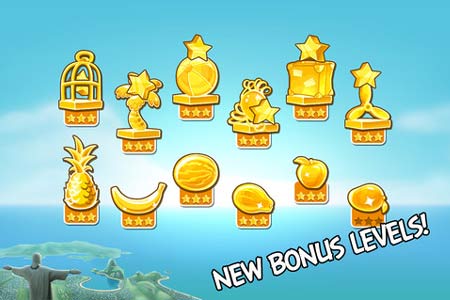 Along with the original game, the Angry Birds Rio edition has received an overhaul as well. Set in the backdrop of Rio de Janeiro, the title incorporates various elements from the animated movie of the same name. Through this upgrade, fans can catapult the birds through 12 fresh stages where they can knock off marmosets. Collecting all fruits or accomplishing objectives within an episode will entitle gamers to unlock bonus levels.

Rovio has also announced that this is not the final update for Angry Birds Rio, which suggests that there is still more to come. While the Rio revamp is available on the Amazon Appstore as well as iTunes, the original Angry Bird title can currently be grabbed for iOS devices only.