Google TV was a major hit-and-miss for the search giant which is why it seems to be treading cautiously at the moment with its apparent Android TV set-top box. The company is seemingly identifying what the market wants and is preparing a platform which will have its focus primly set on providing a better living room experience rather than pushing its smartphone ecosystem onto your television sets like with Google TV.

According to internal documents obtained by The Verge, Google is stressing on the fact that Android TV is ‘an entertainment interface, not a computing platform.’ It has been aimed at letting users find and enjoy content ‘with the least amount of friction.’ 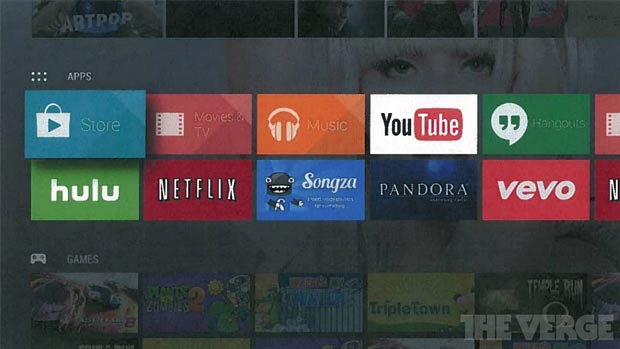 This ‘cinematic, fun, fluid, and fast’ service points towards the fact that Android TV could adopt the same approach which devices like Apple TV, Roku and a the recently launched Amazon Fire TV have adopted. The company is supposedly in talks with video app providers to develop their services for the new platform.

Android TV is said to have a very simple scrolling card-based interface which will also work with voice commands. It will have its own remote control featuring a four-way directional pad. Although it will be focused on TV content, it won’t abandon apps and games. Separate categories for those will be provided and moreover, there is also chatter about controller support being present on Android TV for playing games. 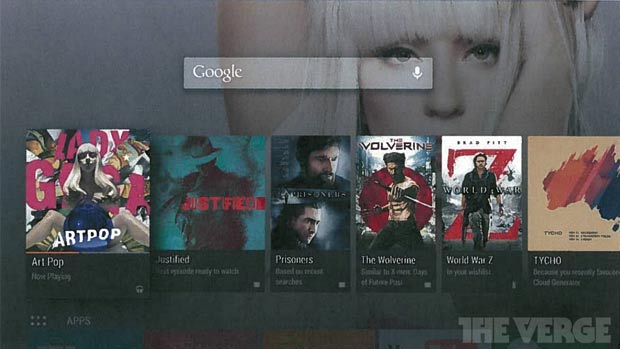 As can be seen in the screenshots, Google’s Search bar occupies a prominent place in the interface and so do entertainment streaming apps like Netflix, Hulu, Pandora and more. Google has declined to comment on Android TV, but we’ll have something from the company sooner or later, so stay tuned.