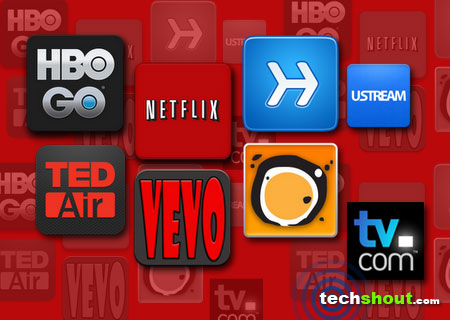 Android streaming video apps can simply be translated as entertainment on the go. The murder of boredom seems inevitably with some or all of the delights sitting pretty in your smartphone. Various tech companies are vying to be the best in the business by endowing their handsets with the latest processors, wide displays and high quality screen resolutions. With specs like these, one can’t help but exploit the same, all in the name of amusement, anywhere, anytime. And if you’re thinking only in terms of movies, well think again. Our roster extends far beyond that to include other aspects like television shows, anime, documentaries and more. If we managed to pique your interest, then we suggest you read on to know more about our choices. 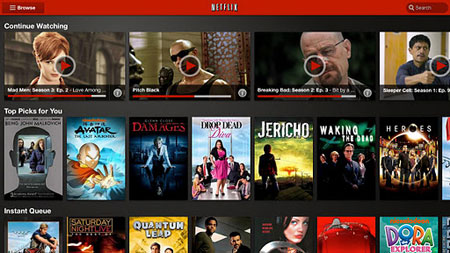 Our list begins with the mention of the Netflix app, through which, movies as well as TV shows can be streamed directly from Netflix. What’s more, this software comes in quite handy especially if you have to run an important errand outside the confines of your house, while engrossed in your favorite sitcom or flick airing on the TV or PC. With Netflix, you can resume watching from where you last left off, through your phone itself. 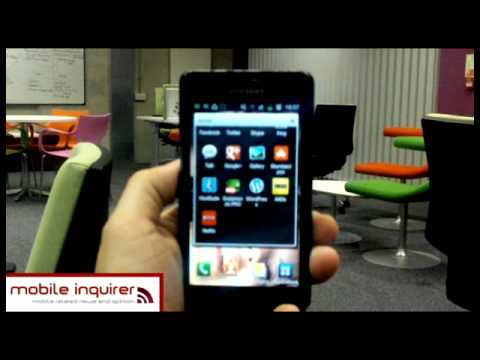 And if you’re a social butterfly, there’s the option of sharing what you’re watching as well as discover what others are enjoying, all thanks to the Facebook integration. There is also a 1-month free trial membership on offer. 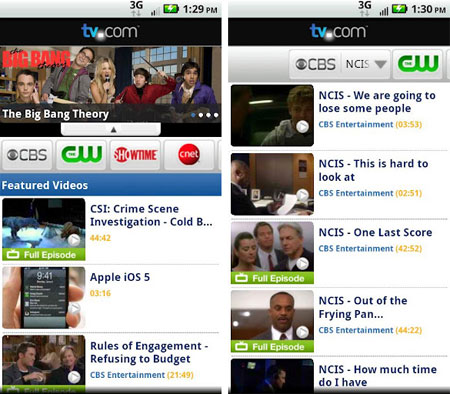 Are you a fan of TV sitcoms, daily soaps, reality shows and drama spells but just can’t find the time to kick of your shoes and watch them in the comfort of your own home? Well, we recommend a large dosage of TV.com to cure that woe. This app streams various types of TV content right to your phone on Wi-Fi and cellular networks, making this an apt addition to our streaming video apps roster. 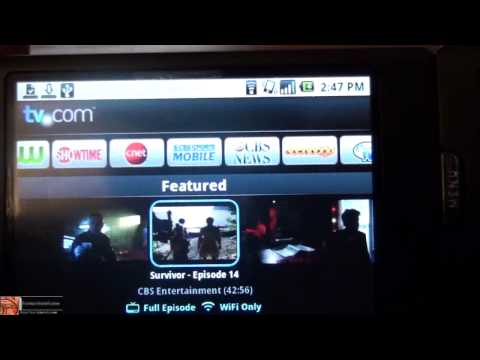 It includes shows from CBS, CNET, CBS News, The CW, ET, Showtime and CBS Sports, among others. According to the developers, videos and full episodes can be acquired absolutely free of charge, without any subscription fees attached. 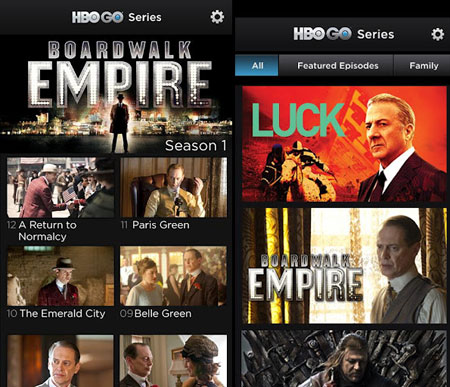 We refer to the HBO GO app as a mixed bag of goodies and with good reason. This streaming service hoards more than 1,400 shows and popular movies that ride out from the land of HBO. Some of the treats read as Game of Thrones, Entourage, Curb Your Enthusiasm, The Wire, True Blood, Boardwalk Empire and The Sopranos. There are also special behind-the-scenes extras and bonus features to take advantage of through this application. Along with customizable Watchlists and a Series Pass, this offering rightly adheres to the tag, ‘It’s HBO anywhere.’ 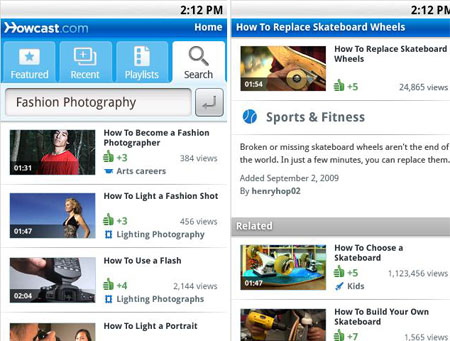 Caught in a catch-22 situation while traveling and don’t know whom to turn to in this desperate time? Well, the Howcast for Android app may just be your knight in shining armor, who sweeps in with various How To videos, which provide you with solutions on ‘how to’ deal with the situation at hand. This entrant in our streaming video apps list enlightens you on different levels and covers nearly all topics under the sun. Feel like cooling off with a Mojito but don’t know how to prepare one? Fear not, as Howcast will show you precisely how to whip up the thirst quencher. How to pick a lock or jump start your car, among others are a few tricks that might come in real handy with the occasion calls for it. 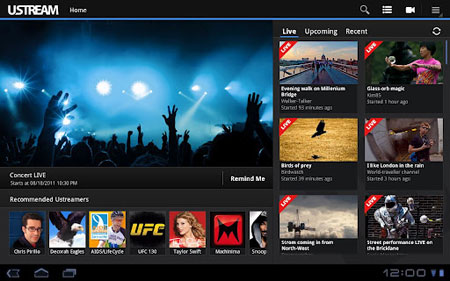 The Ustream app enables you to broadcast as well as watch live videos from the comfort of your own home or while on the go. Besides simply viewing content, you can also throw your message across to millions around the globe by simply using the camera embedded into your Android-powered tablet or smartphone. Further interaction with the public at large can be carried out via chatting or issuing polls. Thanks to the inclusion of the new Quick Broadcast widget, you can go live directly from the device’s homescreen. An ad-free Ustream Premium Membership is extended to those who wish to stay abreast with all the latest happenings from across the globe. 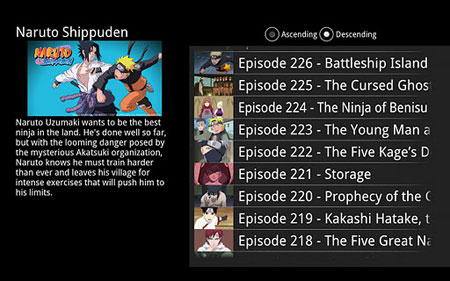 Anime enthusiasts are in for a complete treat with the Crunchyroll app. By downloading this offering into your gadget, you will be able to legally access loads of Japanese anime and Asian dramas. Among the treasure chest of shows that are up for grabs through this software is Bleach, Beelzebub, Naruto Shippuden, Blue Exorcist, The World God Only Knows, Nisemonogatari, Skip Beat!, Eyeshield 21, Bodacious Space Pirates, Gintama and much more. 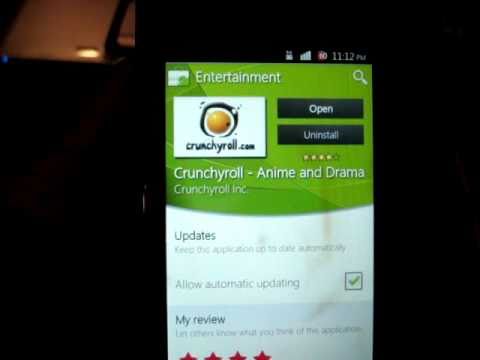 New episodes will be at your disposal, just one hour after airing in Japan. In this manner, you are up to date with all the latest action Ichigo Kurosaki, Rukia Kuchiki, Naruto, Kakashi and all your other favorite anime characters have been entwined. 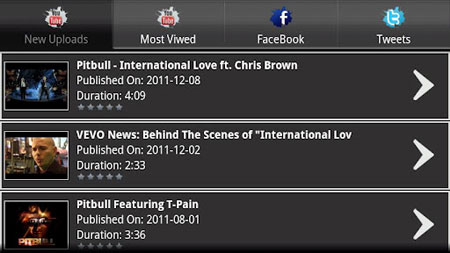 In the aforementioned options strewn across our streaming video apps, we’ve covered various topics that range from movies and TV shows to anime and how to videos. By including the VEVO HD app, we aim to bring in a variety of sorts. This particular application allows you to stay connected with your favorite celebrity. HD quality videos of various artists and bands can be acquired with just a few simple taps on the handset or tablet screens. The roster of talent features many renowned names like Lady Gaga, Black Eyed Peas, Chris Brown, Kanye West, Enrique Iglesias, Akon, Adele, Jessie J, LMFAO, Eminem, Rihanna, Justin Bieber, Shakira, 50Cent, Michael Jackson, Britney Spears, Ricky Martin, Miley Cyrus, David Guetta, Kesha and ofcourse, Pitbull. Besides videos, you can gain access to their Tweets and Facebook Fan Pages. 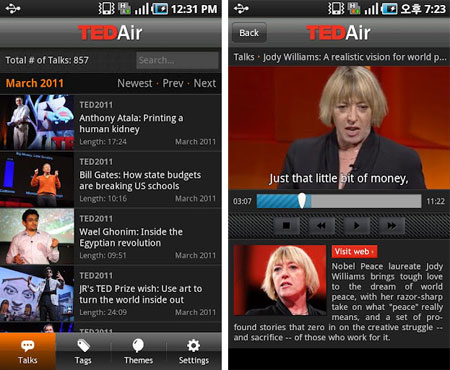 No, it’s not a software option pertaining to the airlines or anything of that sort. TED Air is in fact, infused with a plethora of speeches and videos that cover hot topics based on Technology, Entertainment and Design and that’s precisely what TED stands for. Hoarding ‘ideas worth spreading,’ it encompasses a fast search functionality which can be utilized to find talks by category, theme and tag. Swerving the language barrier, the app includes more than 80 languages complete with auto translation. You can also study foreign dialects and accents via accurate subtitle synchronization. Just to give you a fair idea of what to expect from this offering, the app provides videos and lectures belted out by inspirational speakers like Brian Cox, Bill Gates, Jamie Oliver and Bill Clinton.

And that brings us to the end of our best Android streaming video apps lineup. With a number of movies, TV shows, anime, videos and speeches at your fingertips, we suggest you attach a mini popcorn holder to your portable device as you’re definitely going to need it during those long hours of entertainment. A word of caution – do charge your gadget to the max the next time you leave your house because you would definitely need all the juice for viewing your desired content. Let us know which ones caught your fancy in the comment box below.