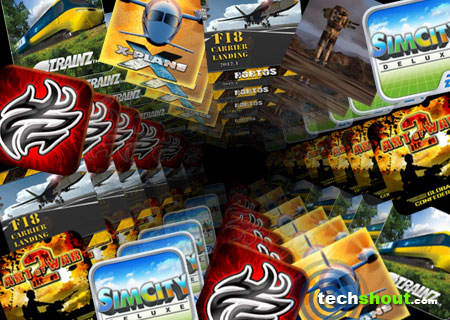 We’ve rounded up 7 Android simulation games from the Google Play shop. Why? Well, there’s a lot of stuff out there that most of us would love to do, but unfortunately not all of us can. Just for that, the titles we’ve specifically selected put you in virtually created scenarios that range between warfare, building an enterprise, flying planes and even creating your own dream city or railway. So if any of these are on your to-do list, you’re going to love the options we’ve compiled.

Surely most of you have a liking towards warfare. And what’s a better way of recreating the experience other than through virtual replication. Well, the Art of War 2 title could certainly be a noteworthy pick for your Android-powered smartphone, in this field. By simulating conflicts on a global scale, it lets you build your own military base comprising of various units and structures to fight of enemies.

Unlike most strategy-based games which require you to mine for resources, this one does all the digging for you, placing your focus on battling, at all times. Available game modes include campaign that puts you through 7 different levels in locations such as the Amazon rainforest, the Andes Mountains and Peru, and an individual scenario option.

Got the skills to do business? If yes, you most certainly have to give Tattoo Tycoon, our next candidate amongst the simulation games roster, a try. This title allows you to build your own startup from scratch and work your way to the top. 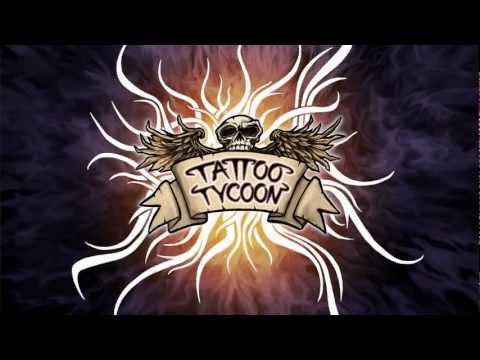 With over 6 scenarios and 50 challenges in its basket of offerings, your main objective here is to create a profitable tattoo studio enterprise by setting it up with furniture and equipment, managing employees as well as developing new tattoo designs, in order to increase reputation. What’s more, it comes with various mini-games, background music and sound effects.

Ever dreamt of operating some heavy machinery? Well, here’s your chance to hop into futuristic war-toys offered in the Giant Fighting Robots title. You’ll basically start off in a Genesis-class all-terrain attack walker or ATAW, as the developer calls it, and advance to more powerful fighting crafts as you progress in the game. With the machines getting more capable and customizable, they offer various new features including a wide catalog of weapons like Gatling guns, lasers, lightning guns, guided machine guns and many more. The goal here is simple; save the human race from an alien invasion. To do so, this game puts you through a number of levels that span across the globe. And once you’re done with the single player campaign, you can take the fight to others over a Wi-Fi network from the multiplayer mode.

Just as its name suggests, the F18 Carrier Landing addition to the simulation games roundup, puts you in the pilot’s seat and gives you the opportunity to bring the fighter jet in safely. Featuring multi-touch control support, the goal here is to land the F/A-18 Hornet in various locations including flight decks which stretch up to 500 feet in length. 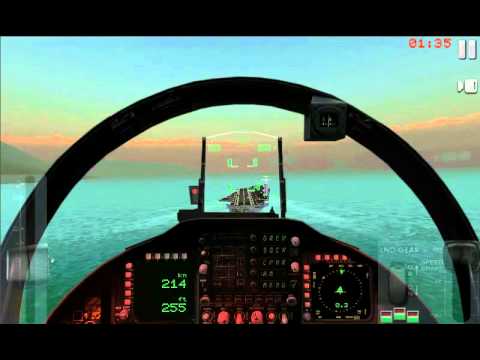 The title comes bearing 6 different missions that involve various ground scenarios, flight patrols and photo operations, along with tutorial levels, a free landing level and the ability to set custom weather conditions like wind and rain.

Unlike the F18 Carrier Landing title, X-Plane 9 presents itself as a complete flight simulator with realistic environments. Equipped with 6 accessible regions, you can purchase 15 more 3D terrains in-game. In order to deliver an enriched flight experience, you can take off during dawn, day, dusk or night and even set custom weather conditions from clear skies to heavy winds and stormy climate. This game lets you take to the skies in 43 different aircrafts, out of which 7 are immediately available on download. Additional planes need to be acquired through the in-app store. To take things to higher grounds, the developer has even thrown in a system failure simulation, bird attacks and a multiplayer mode.

Apart from flying planes and fending off enemies in warfare-based titles, we’ve also got Trainz Simulator on our simulation games compilation. Built specifically for Android-powered tablets, this offering gives you the liberty to custom design your own railroad through the Surveyor route creation tool. 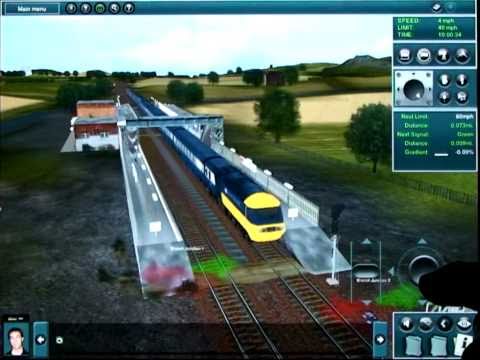 With detailed visuals and lighting as well weather effects, you can access a wide variety of trains, create different layouts and take on various tasks. There are also a number of pre-loaded content comprising a broad catalog of routes and sessions to choose from.

So far, we’ve delivered titles that put in various scenarios like battles, flying jets, operating trains and robots. And with our last addition being the SimCity Deluxe game, you can build as well as manage an entire city. To make things interesting, the guys over at EA have put in a number of challenges that you’ll face as the game progresses. From a world games event to scorching heat waves, your objective here is to overcome all obstacles and disasters like blizzards, electrical storms as well as locust plagues. At first, the title presents you with 7 starter cities from famous worldwide locations. If things get too tough, the pre-loaded tutorial and in-game adviser can be of some help.

So there you have it, 7 Android simulation games to help you create and experience various scenarios. If we’re missing out something and you’d like to share it with everyone, be sure to drop in a comment.