Microsoft has officially launched the Nokia XL smartphone in India where it’s retailing for Rs 11,489. The handset is the third and largest member in the series and it’s powered by a forked version of the Android platform which is called the Nokia X OS.

The Nokia XL is no different from the X and X+ models, apart from a few changes. The smartphone dons a 5-inch display, while the smaller siblings have 4-inch panels. The resolution, however, is still the same WVGA 800 x 480 pixels. Design-wise, all three phones look identical and they come in various colors. The XL version measures 10.9mm thick and it weighs 190 grams which is quite a lot. You get the same 1GHz dual core Snapdragon S4 processor here along with 768MB of RAM. 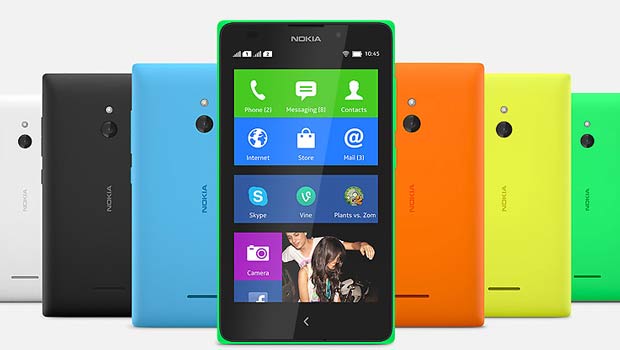 The internal storage is just 4GB, but there’s a microSD card slot onboard which support up to 32GB. Additionally, the phone has a 2000mAh battery that can deliver up to 13 hours of 3G talktime or 5.5 hours of cellular web browsing. The phone supports dual SIMs and it has Wi-Fi 802.11 b/g/n as well as Bluetooth. On the rear, there’s a 5MP camera with LED flash and a 2MP snapper sits on the front. Nokia has swapped all Google services with Microsoft ones and it has added its own app store for acquiring Android applications.

The Nokia XL is currently available for purchase on the company’s online store in black and orange shades, while the cyan, white and yellow models are listed as coming soon.