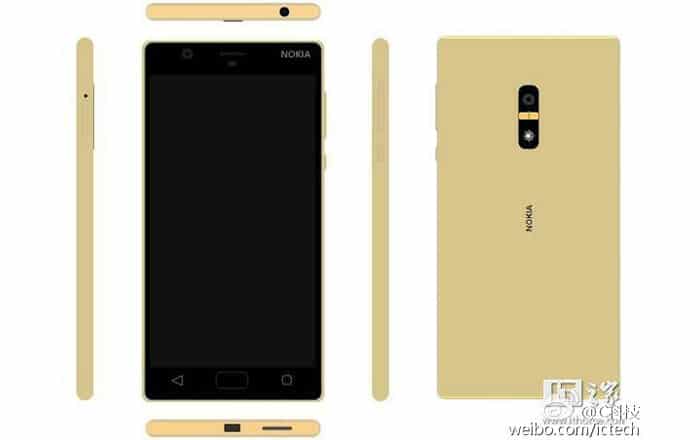 Nokia’s long-awaited Android smartphone may have gotten leaked yet again in the form of a couple of Weibo-sourced renders of the handset shown off from all angles. The alleged Nokia D1C looks like it’ll be released in gold, white and black colors.

To recall, the Nokia D1C initially came to light back in October this year via a Geekbench listing. It was believed to be a handset up until a second leak via GFXBench which suggested that it was in fact a 13.8-inch tablet. Now this opinion has been reversed once again with the appearance of the new images.

There’s no way to tell which narrative is the correct one as of now. There’s a chance the new crop of photos are of a different Nokia phone altogether. Previous rumors have held that the company is working on Android-based tablets and smartphones for a Q4 2016 or Q1 2017 launch.

This assertion was later backed up by a Microsoft executive who said that HMD Global is going to unveil 2 phones by Q4 2016 and 2 smartphones by Q2 2017. The latter owns the rights to manufacture products in Nokia’s name. 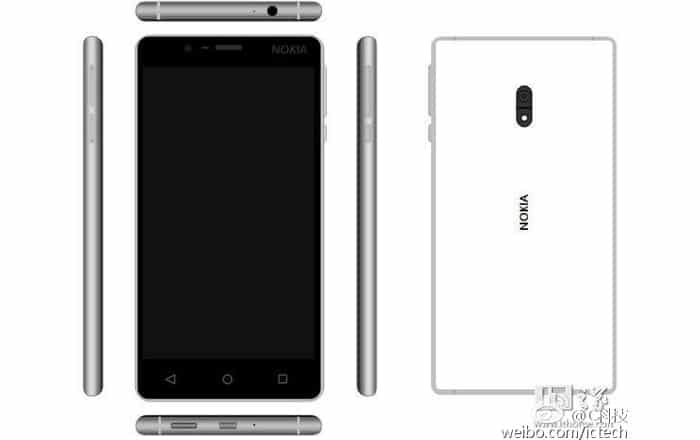 As for the freshly leaked snaps, the gold D1C appears to have a physical home button while the others get by with a capacitive one. This could be an indication that the brand plans to release a higher-specced model and a basic version, with the first perhaps bearing a fingerprint scanner.

In any case, the images should be taken with a pinch of salt given the highly uncertain atmosphere surrounding Nokia’s Android venture. Stay tuned for more details as they emerge in the coming days.