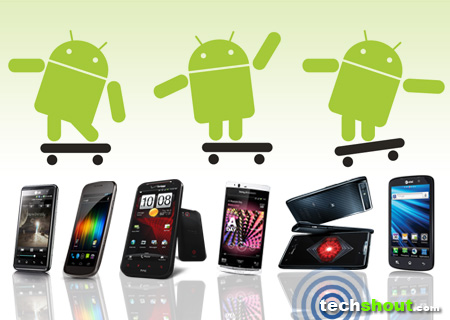 The 7 best Android phones 2011 – 2012 collection that we’ve put up simply indicates that we may have reached a point where multi-core processors are the key components for smartphones in the future. Over the months, not only have handset offerings grown to become more powerful, but they’ve also diversified in terms of size and design. Well, you could say that the candy bar form factor isn’t just about plain rectangular cuboids anymore. You’re sure to find differences like smooth curves, rounded off edges as well as slight bends here and there. 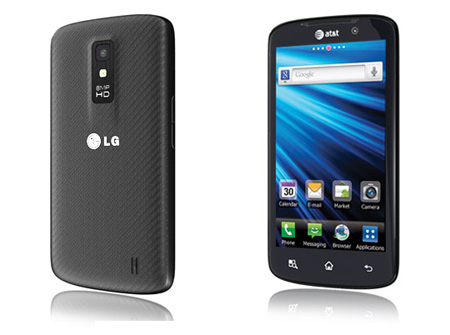 First to have its name documented in our Android phones 2011 – 2012 list is the LG Nitro HD smartphone. This handset recently made its way out of AT&T quarters with a number of offerings. Firstly, there is more than one way to use its Wi-Fi capabilities. For instance, you can access the internet through hotspots or your own WLAN network or share a 3G as well as 4G connection for up to 8 devices. There are a host of entertainment features to keep you occupied too. The 4.5-inch True HD IPS display makes an ideal choice of viewing high resolution movies or you can go around and make a 1080p quality short film of your own through the 8MP rear facing camera. Also, DLNA support means that you may share content between compatible devices. And the company isn’t done with this smartphone just yet. It’s safe to speculate the possibilities of an Android Ice Cream Sandwich update in the months to come as older handsets have already been lined up for the treat. 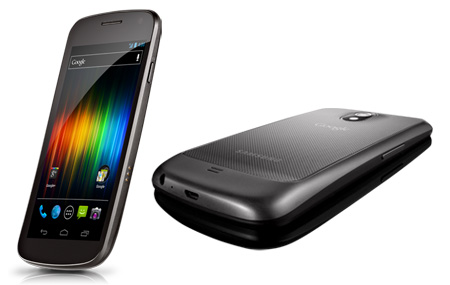 If you’re in no mood to wait on manufacturers for getting their ICS update up and running, the only viable smartphone option is the Samsung Galaxy Nexus. The new OS addition to the Android platform brings in a number of capabilities like Face Unlock, NFC Beam along with a host of applications. But, let’s not get deep into the OS offerings here. This device comes with a generous serving of interesting features too. You can shoot videos in 1080p full HD or if you’re more of a still photography buff, the continuous focus, real-time zoom and zero shutter lag are likely to bring the most out of your captures. Also, this little contraption houses a dual core TI OMAP4460 1.2GHz processor, 1GB RAM and a 1750mAh Li-ion battery. 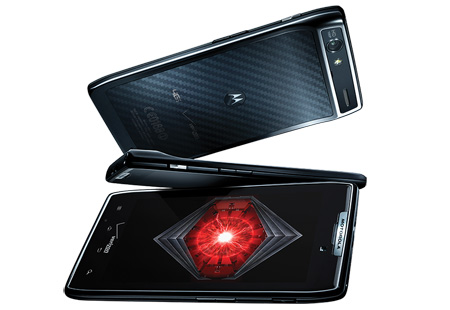 Next up on the Android phones 2011 – 2012 roster, we present to you the Motorola Droid Razr smartphone. According to the manufacturer, it’s supposedly the thinnest 4G LTE device. The first thing that shoots up in our heads when we hear the word slim is fragile. Knowing that would end up being an issue, the company has enforced a Kevlar fiber coating as well as water repellent nanoparticle shields onto its body. 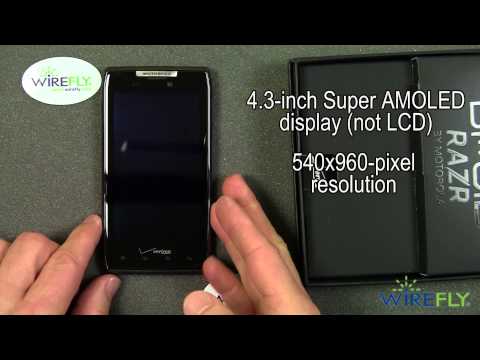 The screen’s got a bit of pampering too. The Corning Gorilla Glass is stated to prevent scratches from making their mark on the display. So you also have ruggedness whilst on the go and not to forget, the performance offerings riding on the 1.2GHz dual core processor, 1GB of RAM and the Android Gingerbread OS that’s soon to hold up the Ice Cream Sandwich status.

Looking for something to match your fashionable dressing sense? We’ve may have just the right thing. The slim and lightweight Sony Ericsson Xperia arc S smartphone comes flaunting its sleek design and curvy form factor. Well, this handset isn’t all about the looks. You can expect it to deliver in performance as well. Resting within the casing is a 1.4GHz Qualcomm Snapdragon processor, an 8.1MP camera that incorporates 3D sweep panorama technology and the Mobile Bravia Engine powered 4.2-inch Reality capacitive multi-touch display. To keep you entertained, the handset can even get you to stream content onto an external screen over Wi-Fi or DLNA. 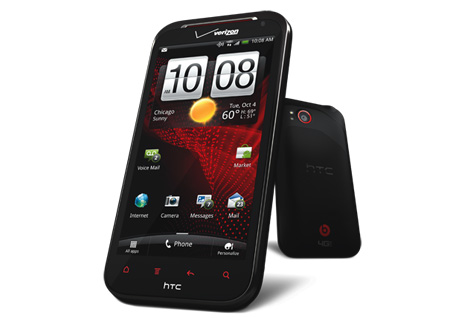 A good blend of power and entertainment is what most people look for in mobile phones. And the HTC Rezound seems to come with a decent filling of both. To get your feet tapping to your favorite music tracks, this handset incorporates Beats Audio technology along with headphones for delivering a clear sounding and crisp listening experience. And there’s a feast for the eyes as well. 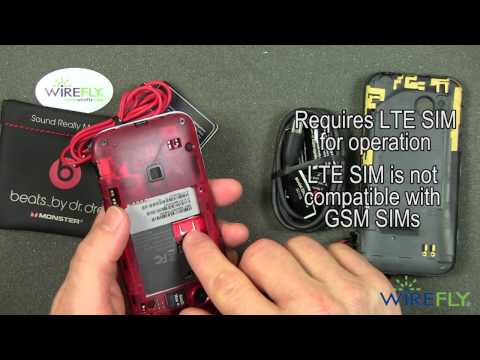 You can enjoy watching movies and videos on the 4.3-inch HD 720p display that’s also complimented by the HTC Watch application which sports access to a wide collection of TV shows and films. Besides these, its entertainment offerings wrap in an 8MP camera for shooting still images or videos in 1080p resolutions. We’re not done as yet – the main stars behind all these features are the 1.5GHz Qualcomm processor, 1GB of DDR2 RAM and the 16GB of on-board memory. 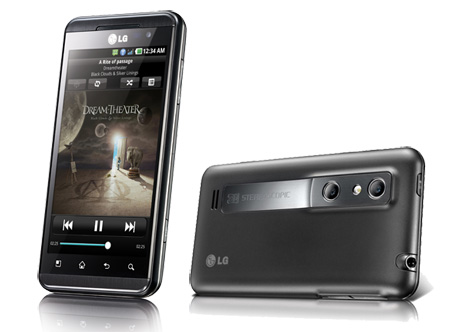 Next to launch its way onto the Android phones 2011 – 2012 listing is no ordinary smartphone. Just as the name states, the LG Optimus 3D is one of the few handsets to roll out featuring third dimensional display technology. And that’s not all – with this device you’ll no longer need to wear funny looking glasses anymore. Its 4.3-inch glasses free 3D stereoscopic capacitive screen will get you viewing special effects from within the palm of your hand. Also, the 3D technology isn’t limited to playback only. You can even record movies through the dual rear facing 5MP cameras. What’s more, its dual core, dual channel as well as dual memory architecture offerings are stated to boost the overall performance output, especially for 3D gaming. 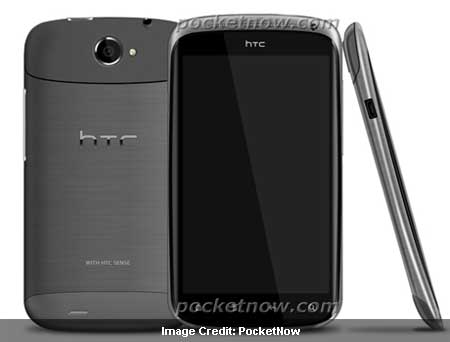 So far, we’ve compiled only this year’s best Android handsets. Although the isn’t much news aren’t on devices in the waiting room for 2012, we’ve got one highly possible candidate portraying precisely what you can expect over the next few months. Yes, that’s right. The HTC Ville is picked straight from the rumor mills bearing a bunch of unconfirmed goodies. First on its list is the Android Ice Cream Sandwich OS that sports a layer of the HTC Sense UI. For performance, this handset is supposedly powered by Qualcomm’s next generation Snapdragon S4 processor that recently went official. Well, the device seems to not sport any more than two cores that run at a frequency of 1.5GHz, but its 4.3-inch Super AMOLED display and 8MP camera with 1080p recording capabilities should make an impression, at any rate. The speculated date for release of this smartphone is slated to fall sometime in April 2012, along with a possible mid-February announcement.

So now that we’ve laid down a summarized listing of the seven best Android phones 2011 – 2012, we assume you know what to look at when picking out a new smartphone. And by looking at the current pace at which mobile technology is advancing, who knows what the future will unveil? We’ve got our money on advanced portability and flexibility. Do let us know your opinions on these aforesaid devices too.