September 15 seems to be the day on which Android One smartphones will be unveiled to the world and not the 18th as previously reported. Google will be holding an event in India on the said date, and while it has not revealed what this gala will be all about, there’s no guessing to be done as we already know about these devices being in the pipeline since long.

The question that needs to be answered is whether we’ll be seeing just one Android One handset or more. As we know, Micromax, Karbonn as well as Spice were announced to be partners of the program when it was revealed for the first time back this June. 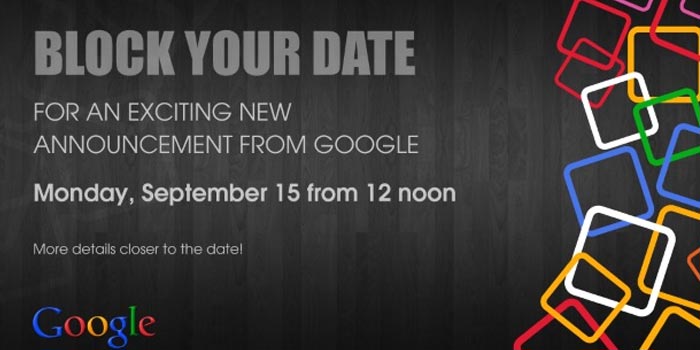 So what exactly is this Android One project that has everyone talking about it? Here’s a simple breakdown. Google owns the Android OS, and it aims at bringing the platform to a lot more people than it is currently reaching; to put it in the company’s words, a billion more people.

In order for that to happen, it obviously has to tap into emerging markets and one of the top ones among them is India which is why Google has chosen the said country to be the launch pad of this project. The company will dictate a set of minimum guidelines to its manufacturing partners to make sure that they produce the apt devices needed to run the Android OS up to its full potential.

Also read: Google’s Android One project could be powered by MediaTek chips

For the consumer, it basically means a very affordable smartphone which will come equipped with the latest version of the software and which will receive regular updates as and when Google releases them. That means they’ll sort of be in the possession of a low-end Nexus smartphone.

Like we said, Micromax, Karbonn and Spice have been chosen as the first partners in this Android One project. It’s highly likely that the September 15 event will feature devices made by this trio. According to NDTV Gadgets, Mr. Android, Sundar Pichai himself will be attending this Google event in India. Stay tuned for more from it.

Facebook
Twitter
Pinterest
Linkedin
ReddIt
Tumblr
Flip
Previous articleZTE reveals teaser for September 16 event in US, could launch Nubia Z7
Next articleGionee’s Elife S5.1 smartphone will be 5.15mm thin, but a downgrade to the Elife 5.5