The latest Android N developer preview introduced a number of big changes, most notably in the form of launcher shortcuts. As it turns out, the new feature is a major hint at what’s in store for the OS.

To recap, launcher shortcuts allow users to directly skip to a specific action within an app. Apple’s 3D Touch tool works similarly, letting people use different degrees of force to open a pop-up menu and get things done without entering the application. Phandroid put the new ‘setDynamicShortcuts(List)’ to the test in Android N by teaming up with Nova launcher.

As can be seen in the video below, Android N isn’t specific about how the shortcut gets activated. However, the technique that makes the most sense is a pressure-sensitive 3D Touch-esque feature. This doesn’t prove the tool is coming to the OS of course, which is why The Verge went ahead and confirmed it with Google.

According to the site, Google is working on support for pressure-sensitive displays because handset makers wanted the tool to come in-built. This way, each manufacturer wouldn’t have to formulate their own system independently and app developers would be able to code support for all Android devices instead of having to start from scratch for each brand.

Only a handful of Android smartphones such as the Huawei Mate S, Gionee S8 and Meizu Pro 6 come with support for a force-sensitive panel right now. Even with the integration of the feature in Android N, there’s no guarantee it’ll actually appear in future phones since it’s not considered a vital feature yet.

Google is probably building up support for 3D Touch in Android N in order to prevent fragmentation and make sure companies use the new OS instead of sticking to code for older software. 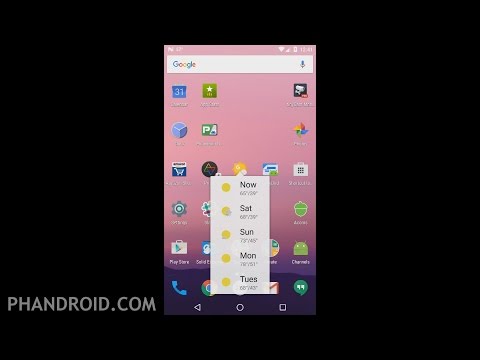