A lot of Nexus 5 users have been facing severe battery drain owing to a bug in the software called ‘mm-qcamera-daemon,’ and while Google has pushed out multiple updates to resolve the issue or at least minimize its impact, the problem still prevails for a good number of customers. Well, it looks like there will be a complete fix in the near future which will most likely be delivered through the Android L update.

Android Police points out that a fix for the bug has been marked as ‘future release’ in the AOSDP issue tracker. Considering that Android L’s release is just around the corner, the update is most likely to deliver the fix, that’s unless Google releases version 4.4.5 to address the issue. 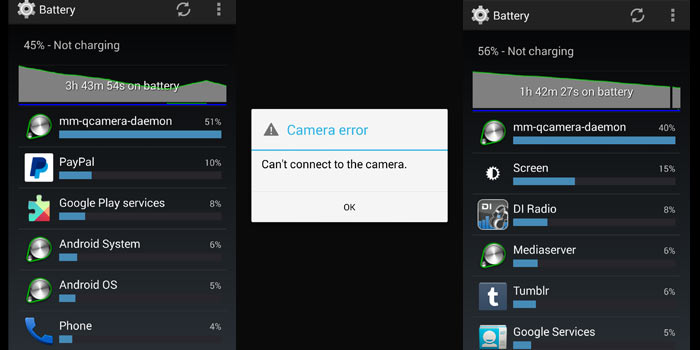 So what exactly is the issue at hand? The mm-qcamera-daemon is a process needed to make the camera on the Nexus 5 work, without which, it would be broken. The issue here is that it causes a large number of CPU cycles due to being in a stuck state, thus draining the phone’s power. The camera is also non-operational at this time.

It all started with the update to version 4.4.2 KitKat and Google promised a fix in version 4.4.3, but it’s prevalent even in the latest release. Hopefully, the bug will be resolved soon as a few users have been reporting that their Nexus 5 goes dead in just 5 hours of being unplugged. Restarting the phone doesn’t help either as the ‘mm-qcamera-daemon’ gets to work again in a few hours.

There’s no official word on when Android L will be released. But when it does, the Nexus 5 will be amongst the first to receive it.

Facebook
Twitter
Pinterest
Linkedin
ReddIt
Tumblr
Flip
Previous articleSamsung Galaxy Note Edge set to be outed later this month, albeit only in Japan
Next articleZTE Grand XMax is a $200 phablet that’s headed to Cricket with an HD display