It was the occasion meant for the unveiling of Google’s new Android L (still to get a proper name) version, and the company’s Sundar Pichai started off the keynote by announcing that the said mobile OS now has 1 billion active users a month. This signifies tremendous growth for the platform.

But now let’s move on to the topic at hand; Android L and all its features. Mountain View has taken a different approach with the unveiling of its new software this time around. There was no new Nexus tablet or smartphone to be seen at the I/O, and the new software is not supposed to hit old Nexus devices anytime soon. It will be released later this year, but only its features have been unveiled now. Let’s take a look at them. 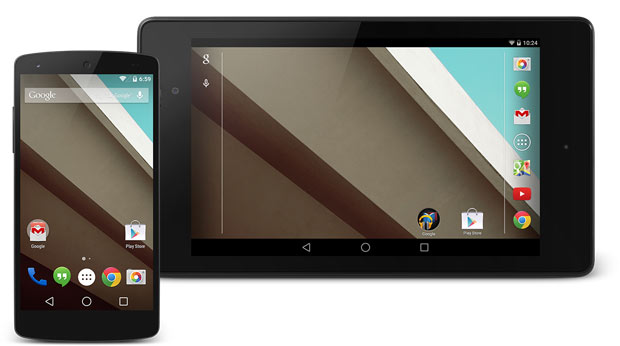 Design
Android L is the first major version of the software after Ice Cream Sandwich to get a complete design overhaul. The approach Google has taken is called Material Design and it focuses on introducing flat and round objects to the interface. We have seen this style in the recently updated Google+ app.

There’s focus on motion as well, apart from 3D UI elements and shadow effects. Moreover, new animations will also form part of the experience. The all-important navigation bar at the bottom has been refreshed to feature simple shapes instead of proper icons that are present in the older versions of Android. The company has made it clear that the Material design approach will be consistent across its preparatory apps, web services and the Chrome browser. 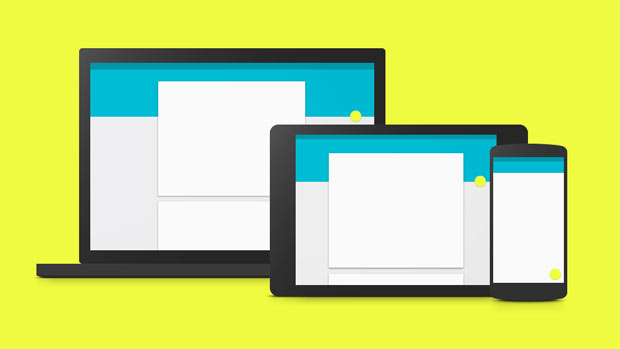 Notifications
Another big area that Google has tapped with L is notifications. They can now be viewed right on your lock screens, but don’t worry as there are sufficient settings included to ensure that you have complete control on what and how these notifications will show. You can hence rest assured that someone else doesn’t stumble upon your personal information when they try to unlock your phone.

The notifications themselves are floating grids in this version which gives them a speedy look. Furthermore, the menu which lets you access the Wi-Fi, Bluetooth, brightness toggle and Airplane mode buttons can now be accessed by just a downward swipe in notification area. Pop up notifications are also part of the new experience. When you’re playing a game perhaps and a phone call arrives, it won’t take up the entire space on the screen and let you view the call in a small window of sorts, so you can choose to answer or reject it. 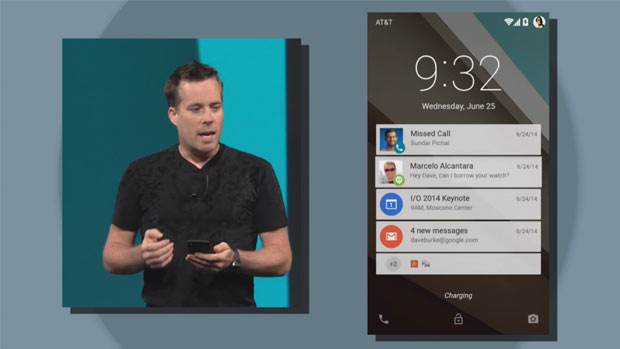 Recent Apps
The recent apps menu is also drastically different in Android L, with a 3D grid taking appearing here in place of the current flat grid. That’s not all, Google has said that this section will be tracking individual instances from apps rather than just keeping a tab on recently opened apps. So if you access a particular tab on Chrome, that tab will be entered into the Recent Apps menu apart from the Chrome app itself.

Android for Work
Promoting the BYOD approach for work environments, Google has announced Android for Work, a feature in the software’s latest iteration that lets you separate your work life with your personal life. This technology has been derived from Samsung KNOX and will also be made available to other versions of Android later this year.

Performance changes and battery
As was rumored, Google has abandoned its Dalvik runtime in favor of the new ART runtime. In simple terms, a runtime is a software library which makes your apps work. With ART, apps are meant to launch and run faster than before and it is also said to be a contributor in saving valuable battery life.

This runtime will moreover support 64-bit chipsets which are set to take over the market later this year. With the new version of Android, Google will also be introducing a fresh battery saver mode which it claims can extend standby time by up to 90 minutes.

Trusted Environments
A small but intriguing feature is something that will be appreciated by those who want to keep their devices locked, but hate the hassles of punching in those unlock codes or sliding the patterns. Trusted Environments recognizes through your Bluetooth connected wearables that you are nearby and eliminates the need for a code.

Android Auto, Fit and TV
New services which are extensions of Google’s Android vision will also be rolled out around the time this new version is ready to be released. Android Auto will let you connect you phone to your in-car display and have important details like navigation, calls, messages and more pop up on it.

Fit on the other hand will work as your all-round fitness tracker and is meant to be paired with devices like the Samsung Gear Fit, the Nike Fuelband and more. Android TV is Google’s second attempt at invading the television space. This is a platform meant for streaming movies and shows as well as playing games. It’s supposed to first ship through set-top boxes and later through TV sets themselves.

When will the new version actually be released?
Android L will get its proper name (most probably Lollipop, least probably Ladoo) and a full-blown rollout to compatible devices during the fall of this year. Till then, we’ll keep bringing you more about all the developments regarding this new edition. If you found this piece comprehensive enough, do not forget to hit those share buttons on the left.