The Moto G has already started receiving the Android KitKat 4.4.2 update in India, even though nothing has been revealed officially about it. This software has already been seeded to the device in the US and was also spotted on a gadget in Malaysia only recently.

A screenshot revealing the same has been put up on XDA Developers forum’s Moto G India thread by a member who goes by the name of mannulko. The software version 717.44.31.en.03 brings the latest Android platform and its download size is 230.7MB. Needless to mention, the new OS brings a number of enhancements such as a new phone dialer application and an updated version of Google Hangouts with support for SMS and MMS amongst other things. 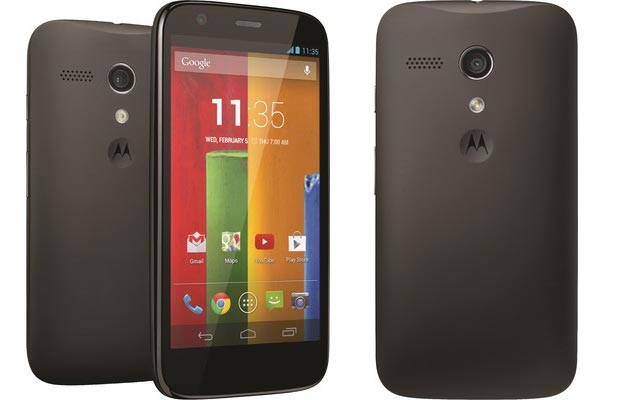 The handset has only recently been released in India exclusively via Flipkart for affordable prices and its 16GB version is currently out of stock. Its 8GB variant is available though. Let’s take a quick look at its features. The phone flaunts a 4.5-inch IPS HD touchscreen of 1280 x 720p resolution and sports a 1.3MP webcam as well as a 5MP camera with flash.

It runs the Android Jelly Bean 4.3 OS out of the box and draws fuel from a 1.2GHz quad core Qualcomm Snapdragon 400 processor as well as a 2070mAh battery. You can expect 1GB of RAM as well as 8GB or 16GB onboard memory, but no memory card slot. However, the device brings 50GB of Google Drive storage space free of charge for two years.

Did your Moto G receive the Android KitKat 4.4 update as yet?