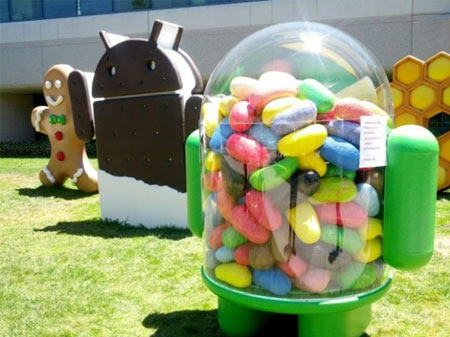 Sony has rather vaguely announced the timings of the much awaited Android Jelly Bean updates for its 2012 Xperia smartphones range. According to the company, three of its latest devices, the Xperia T, the Xperia TX and the Xperia V will be granted the said OS from the mid of the first quarter of 2013.

Sony of course, has other handsets as well which have been released in 2012. These include the Xperia S, the Xperia acro S, the Xperia ion, the Xperia P, the Xperia go and the Xperia J. It has been confirmed by the Sony Xperia product blog that all these devices will be updated to Android 4.1. However, detailed schedules for these haven’t been revealed as yet.

This latest firmware in the delicious Android catalog is claimed to deliver smoother, faster and more fluid experiences than its precursor. One of its main highlights is the fact that it grants users the ability to email or call folks directly through notifications. Its built-in keyboard is capable of proffering more accurate predictions, whereas it also boasts of improvements in the voice typing department.

Moreover, a revamped search feature and fresh UI have also been added to the firmware. The Xperia T which is among Sony’s upcoming devices is all set to land in November this year. In some global markets, this phone will be arriving with the moniker Xperia TX. And the Xperia V too will be seen coming out sometime this year.

The aforesaid three phones have been confirmed to be planned for a Jelly Bean overhaul in Q1 of 2013. And as far as other 2012 Xperia smartphones go, we’ll have more about them later.