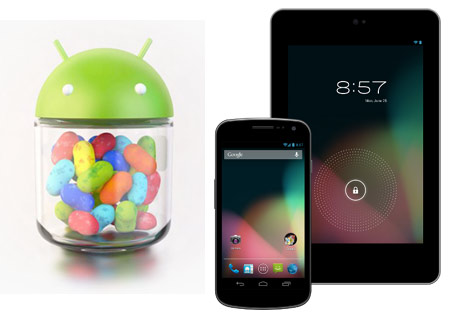 Android 4.1, or Jelly Bean as some prefer calling it, recently went official at Google’s annual I/O event. According to the search giant, the fresh firmware builds on top of Ice Cream Sandwich and aims to deliver a smoother, faster and more fluid experience than its predecessors.

Aside from packing in a host of improvements, the OS incorporates many new features as well. First on the list is the ability to email or call someone straight from notifications. The built-in keyboard can now provide more accurate predictions, while voice typing should be quicker than before. It doesn’t even need a data connection to work anymore.

“Today’s smart devices still rely on you to do pretty much everything—that is, until now. Google Now is a new feature that gets you just the right information at just the right time. It tells you today’s weather before you start your day, how much traffic to expect before you leave for work or your favorite team’s score as they’re playing. There’s no digging required: cards appear at the moment you need them most, states Andy Rubin, Senior Vice President of Mobile and Digital Content through a post on the official Google blog.

The search feature within the Android Jelly Bean platform has been redesigned from the ground up. It flaunts a new UI and can deliver better Voice Search capabilities. Google as also added in a Siri-like attribute which allows users to type in their queries and lets the device verbally answer them, if possible. This addition is powered by Knowledge Graph, a search-related tool that was launched back in May. 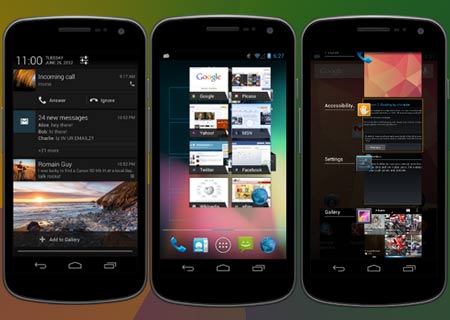 The Android Jelly Bean update is expected to roll out starting mid-July for the Galaxy Nexus and Nexus S smartphones as well as the Motorola Xoom tablet. The firmware will be released through the OTA delivery method.