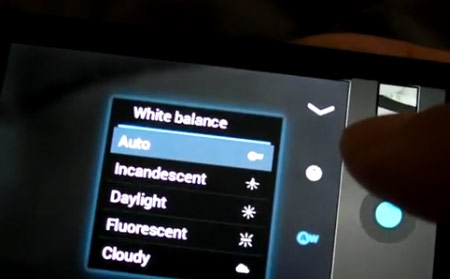 Something’s always brewing at Google’s quarters and with the Ice Cream Sandwich release slated soon, one shouldn’t be surprised to find a couple of leaked screenshots here and there. However, this time around it isn’t just an image leak but a full two minute video of the next generation mobile OS, reveals Engadget.

Where did the video come from? Well, it’s a fascinating story. Reportedly, a customer who ordered the Samsung Nexus S on eBay found the device UI sporting an all new look. Needless to say, it was running on the to-be-released Ice Cream Sandwich (ICS). Seemingly, the ICS is a blend of both Gingerbread and Honeycomb.

The leaked video shows updated build and kernel compared to the recent screenshot leaks while a new Google Apps icon has been included. It seemingly dishes out a plethora of services alongside a vertical Honeycomb-style multitasking menu for the added convenience. A revamped look is in store in the form of the new notification bar, camera UI and other menus.

This news coincides with the latest invites issued by Samsung for its upcoming event with along with Google on October 11 in San Diego. Although, the invite doesn’t mention the product to be unveiled, it didn’t take time for a string of speculations to erupt regarding the soon to be launched Google Samsung Nexus Prime running on Ice Cream Sandwich. To find out if Google plans to launch the Samsung Nexus Prime at the upcoming event, stay tuned.