Android Device Manager, the security app designed by Google to grant you remote access to your misplaced or lost smartphone or tablet has been blessed with small new update. This download has been infused by the company with a callback feature that will allow the finder of your device to easily place a call to you.

The feature has been implemented a pretty neat manner by Google. Suppose you’ve lost your phone or worst, it’s been stolen. You will need to enter Android Device Manager through someone else’s handset or through the web. From there, you can remotely lock your device so that your data is safe. 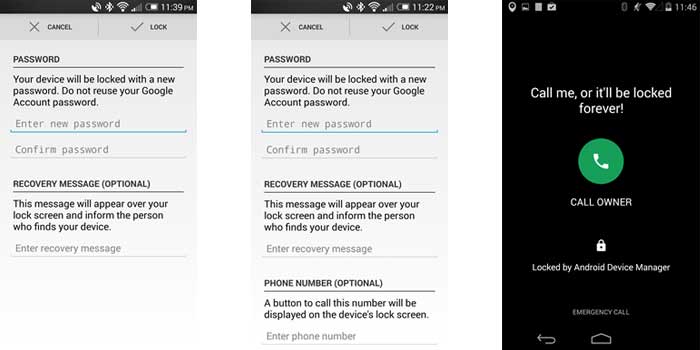 Now, it’s in this interface itself that you can enter a phone number you wish to be contacted on. The person at the other end, who has found/stolen your device will be greeted by the message, ‘Call me, or it’ll be locked forever’ and the screen will also flash a Call Owner button so that they can contact you.

As revealed by Android Police, this is the only comprehensive addition to the app that this update has made. After digging through the APK, the said website has found out that there are hints about some kind of Hangouts integration that’s apparently on its way into the utility as well.

Android Device Manager is available as a free download through the Google Play store for phones and tablets running Android 2.3 and up. It performs other useful functions like locating your lost device using its GPS signals, letting you erase all your data from it and more.