Android co-founder Andy Rubin has been teasing his Essential Phone for months, promising a revolutionary new smartphone without any bezels. He’s finally decided to show it off to the world now, announcing it alongside a home assistant called Essential Home.

The Essential Phone makes quite an impression at first glance thanks to its distinct lack of borders along the sides except a narrow strip at the bottom. It looks similar to Xiaomi’s Mi Mix, except for the placement of its selfie camera which juts directly into the 5.71-inch QHD ‘Full Display’ screen. The panel has a distinctive 19:10 aspect ratio, which should make viewing apps and movies an interesting experience.

Other than its hatred for bezels, the Essential Phone stands out for its modular aspirations. Two magnetic pins at the back serve as connection points for various accessories such as a 360-degree camera and phone dock for power. It’s the same future-proof strategy Motorola is undertaking with its own Moto Mods. 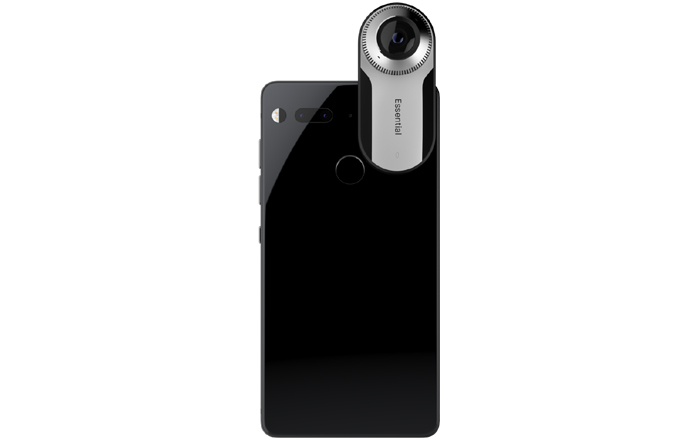 In a break from other manufacturers, Essential’s decided to construct its handset out of titanium, touting that the material is much stronger than aluminum and can easily survive concrete drop tests. One sticking point about the device is that it doesn’t feature a 3.5mm headphone jack. The company is shipping it with a USB Type-C adapter in light of this.

As for its photography acumen, the Essential Phone apparently has the world’s thinnest dual camera module consisting of two 12MP lenses. One captures monochrome images, while the other handles color. The sensors supposedly let in 200% more light than standard phone cameras so that photos look good even in low light conditions.

Take a look at the Essential Phone’s specifications:

The Essential Phone is priced at $699 on its own and $749 bundled with the 360-degree camera. Reservations are open now in the US and shipping is expected to begin in June.