Guess who’s be lurking about and slipping Android device manufacturers confidential files about KitKat? We’re talking about Google, of course. While the new Nexus and Gem smartwatch rumors continue, the folks atop Mountain View seem too busy bother with plugging leaks as quickly as one would expect them to.

Google is apparently engaged with the task of quietly revealing to OEMs the most important features of the next mobile OS version. And most Android loyalists may be delighted to hear about what’s in store for them. 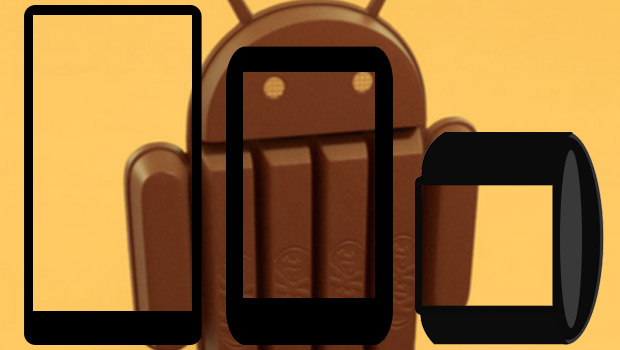 Never mind that you’ve bought a budget smartphone; you’d still want it to run the latest version of whatever OS powers it, right? It’s been noted that less than 50% of Android gadgets have Jelly Bean, the OS version which was launched in 2012. On the other hand, a little over 65% of Apple devices are claimed to be on the latest iOS 7 platform that was let loose only last month.

Google has been plotting to do away with this issue. KitKat is expected to make the best of memory usage and help developers build memory-efficient apps. Device makers who offer handsets or tablets with just 512MB of RAM could have less to worry about in terms of delivering the latest updates to users and hardware-software compatibility with Android 4.4.

Of smartwatches, IR blasters and NFC

If you had any doubts about whether Google wants in on smartwatches too, trash them right away. KitKat is reportedly going to play nice with three kinds of sensors you may not have heard about until now – step detector, geomagnetic rotation vector and step counter. It all smacks of the company’s interest in wearables. Could this extend to smart glasses too?

Manufacturers like HTC and Samsung have their devices armed with infrared blasters and apps that turn them into remote controls. Google would rather have one way of getting the job done so that developers don’t have to create different applications for different gadgets. Additionally, the new Android OS is also getting better Bluetooth and NFC features.

The Jessica Lessin website which broke the story reports that Google has so far declined to offer any comments with regards to this.