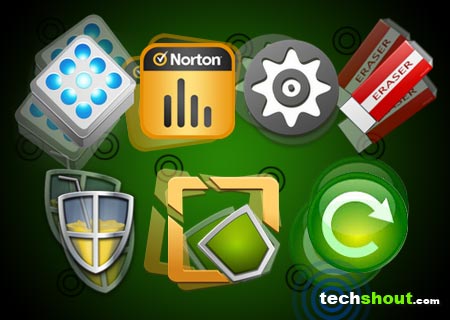 So here are 7 Android booster apps, locked and loaded to rid out those operational lags and other sorts of woes which weigh your device down. Most smartphones and tablets, nowadays come with high-end components and a lot of offerings. Although the hardware may appear more than capable of maintaining smooth operation, software glitches and stuff like low memory, a filled up cache and various others, could lead to poor performance, especially if you’ve got a low- or mid-end device running on Google’s mobile OS. Well, the tools we’re about to jot down are sure to help you out and keep your gadget running a tad faster and maybe at its full potential.

First up on our compilation of applications to speed up your android phone is ZDbox, an AIO tool which incorporates a number of functions that allow you to manage and carry out various operations from a single place. The main highlights here are the widgets that come bundled with this app. By placing these on your homescreen, you can conveniently adjust certain settings like the brightness, sound and screen auto-rotate. You’ll also be able to switch between 2G and 3G networks as well as turn off Bluetooth, GPS and other radios straight from your desktop. There are a bunch of other tools as well. They include an app lock, traffic counter, task killer, history eraser and battery monitor.

Like we earlier mentioned, a heavy cache can weigh your device down, causing it to lag and perform poorly, even when running simple and basic applications. Now, just because this installment to our booster apps for Android roster bears the History Eraser Pro moniker, it doesn’t mean that the tool will only wipe off previous browsing data. In fact, this offering says it can erase all history records of text messages, call logs, clip board data and frequently called list. Besides these, user will also be able to clear the system of useless temporary files created by applications including the search history from YouTube, Gmail, Google Play, Maps and so on. To get more storage and free memory, all you’re going to need is a single tap to clear all cached files through this app.

Quick battery drain is one major problem Android users face. Most smartphones barely last a day on moderate usage and only a handful of devices come with relatively large battery capacities. Well, this mostly leads to users opting for add-on accessories and extended battery packs so that the phone or tablet can go the extra mile. But with software solutions like JuiceDefender, you won’t need to shell out big bucks for third-party products. This tool automatically manages certain components that appear to be the main cause of quick battery drain like 3G or 4G networks, GPS, and Wi-Fi connectivity. By turning off the mobile data and all wireless radios when not in use, you could keep the power consumption under control.

They say restarting a phone clears up its memory. But did they mention that this process also eats up a lot of battery? Well, it’s good to reboot a device every once in a while. And if you’re looking for a quick way of doing so, the Fast Reboot option on the booster apps for Android roundup is one of the viable picks on the Google Play store. Instead of powering down your gadget and booting it up again, this tool can apparently simulate the entire process. With a single tap, it closes as well as restarts all core and user processes to free up memory and speed up the operation time. And for the lazy few out there who prefer everything automated, the pro version lets you schedule a reboot for every time the device is locked or unlocked. You can even exclude apps from being killed.

Similar to ZDbox, the Android Booster application presents itself as an AIO tool to carryout various optimization tasks. Coming from the makers of the NetQin Security Anti-virus tools, this application packs in a memory booster which not only frees up the RAM, but also increases the overall operational speed of the device. With its task killer you can shut down unwanted applications, while the app manager lets you uninstall redundant tools that are hogging up space. It even allows you to back up stuff from an SD card, delete content, check which app consumes the most power and much more. There’s also a widget that lets you manage Wi-Fi, Bluetooth and mobile network connectivity as well as speed up the device with a single tap.

Next up on our booster apps for Android compilation is Quick Settings. Just as the name suggests, this application allows you to swiftly carry out commands without the need of navigating through a long list of options from the settings menu. And like ZDbox, this one comes with a number of widget options as well. You can conveniently enable or disable radios like Bluetooth, Wi-Fi, GPS and mobile data through simple taps as well as adjust the brightness and ringer volume without much effort.

Another reason behind slow operation and laggy performance is the unwanted apps running in the background that may not even be of any use. These may hog up the system memory, which leaves out little space for you to smoothly run required applications. The Mobile Utilities & Task Killer tool from Norton, packs in a wide catalog of features that can help you analyze your Android-powered device and optimize the required areas. So what do you get with it? An app killer, an uninstaller as well as an SD card manager and SD card application backup assistant.

So there you have it, the 7 Android booster apps to rid off those performance woes. So do tell us, what do you use to keep your smartphone going all day and running smoothly?