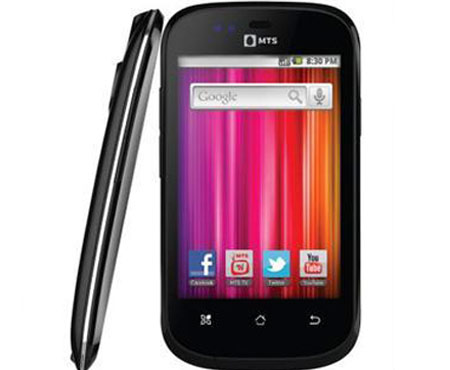 The MTS MTag 353 price in India of Rs. 6000 is what makes it a strong competitor in the low-budget smartphone segment. It binges on the Android Gingerbread OS and comes bundled along with the company’s voice and data plans.

According to the manufacturer, the handset is one of the slimmest smartphones in its category and is bestowed with a 3.5-inch HVGA capacitive multi-touch display that claims to project images in 320 x 480p resolution. While an 800MHz Qualcomm Snapdragon processor is responsible for ensuring smooth multitasking at all times, a 1,500mAh battery has been assigned the task of keeping the device charged for a long period of time.

The phone’s flip side is fitted with a 3MP camera that should be capable of capturing still shots as well as recording videos. An expansion slot for a microSD card of up to 32GB capacity has been embedded into the handset and it is packaged along with a 2GB memory card. Moreover, it can be connected to available hotspots for wireless internet connectivity, thanks to built-in Wi-Fi and it can even act as a mobile hotspot itself.

Retailing at Rs. 5,999, the MTS MTag 353 is now available in India. Users have the option to pick it up with 512MB monthly data plan for 2 months, or with one of the other monthly voice schemes for 3 and 6 months.