The HP Slate 21 Pro is an Android-based AiO that has been announced ahead of the CES 2014 along with some other business desktops such as the ProOne 400 G1 and 205 all-in-ones as well as the Z1 G2 workstation. Apart from the second generation workstation, all the other machines have already been made available in different regions across the globe.

First up is the Slate 21 Pro, an all-in-one powered by the Android Jelly Bean 4.3 OS which is said to be apt for office, education as well as kiosks. A quad core Nvidia Tegra 4 processor is responsible for making it capable of multi-tasking and the Bluetooth- and Wi-Fi-enabled machine has been loaded with some useful Google services as well including the Play store. 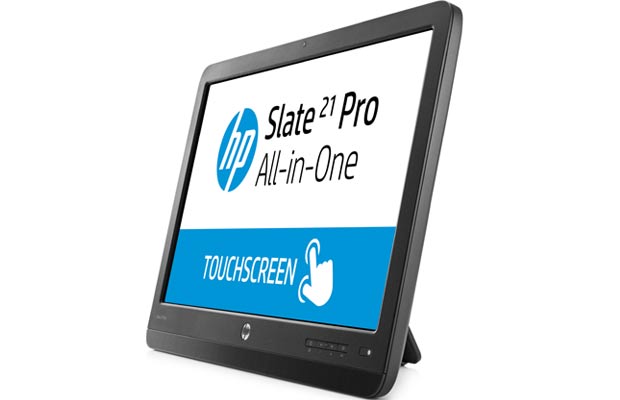 The HP AiO tags along a 21.5-inch IPS touchscreen that has a wide viewing angle and can deliver visuals in full HD resolution. It boasts of 70 degrees of adjustable recline and can even be purchased along with a Vesa mount. An HD webcam has been provided to facilitate video conferencing over the internet and you get 50GB storage space on Box free of charge.

Up next is the HP ProOne 400 G1 space-saving productivity hub that comes in touch and non-touch versions. The former brings a 21.5-inch screen whereas the latter has to make do with a 19.5 inch display. The Windows 8.1-based gadget claims to have all the features SMB and IT users may look for in computer systems. As for the HP 205 AiO, it is designed for small and medium businesses too and brings some of the common connectivity options. 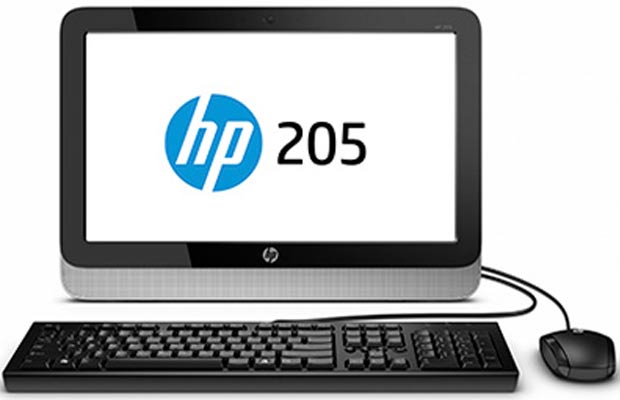