Google’s finally let the cat out of the bag, revealing that the latest version of its software will be called Oreo. It’s not a huge shocker given the sheer number of people who guessed that the brand would go for that particular sweet treat.

Android 8.0 Oreo has been extensively previewed in the past, so there isn’t much of a surprise in store for people who’ve been following it closely. For those who haven’t, they’ll be greeted with an OS that looks very similar to Nougat in terms of design, with Google mostly focusing on behind-the-scenes action.

For instance, Google claims that boot speed is 2 times faster on Oreo when using the Pixel. The software will also limit background activity to conserve on battery life. Moving the multitasking legacy of Nougat forward is a new picture-in-picture mode that lets users play a video or video call someone in a resizable window while running a different app in the background. 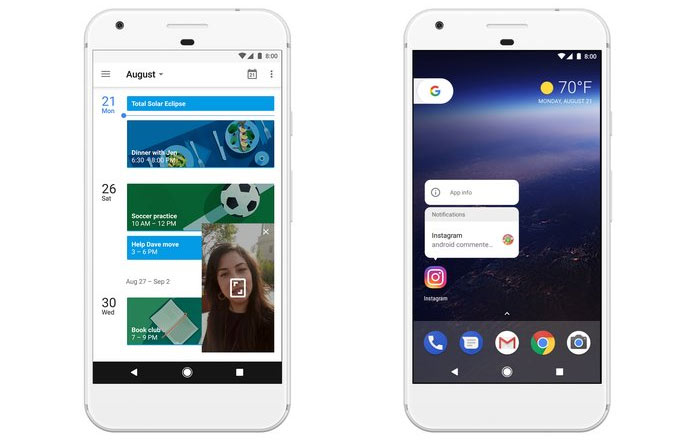 Google’s further introduced notification dots that let people quickly view recent app notifications and take actions accordingly. It’s extended autofill to applications as well, so individuals won’t have to type in data like their login details every time they want to sign in. This could pose a security risk though, so it would be best to proceed with caution.

Other notable additions include 60 redesigned emojis, built-in Google Play Protect security, and Android Instant Apps to use applications directly without installing them. Android 8.0 Oreo has begun rolling out to the Pixel, Pixel XL, Nexus 5X, Nexus 6P, Pixel C, and Nexus Player in phases. All devices on the Android Beta Program will receive the final version too. There should also be some in built protection against Android spyware as well.

Also Read: Xiaomi, Google may team up to launch an Android One phone

Companies like HMD, Essential, LG, General Mobile, Sony, HTC, Sharp, Motorola, Huawei, Kyocera, and Samsung are set to launch or update phones to Oreo by the end of the year. We’ll keep you updated as and when these brands announce its upgrade plans.