Android 5.1, the latest update to the newly released Lollipop version of Google’s software has begun its rollout officially at last. The OTA release will of course be delivered in a phased manner, but eager souls may take note that factory images and binaries for Nexus devices are live now, if they’re prepared to flash the software manually.

Android One smartphones from a number of Asian nations like Indonesia and more have been running Android 5.1 out of the box, but for some reason, Google has waited until now to let alone release it for Nexus and Google Play Edition devices but even revealing its changelog. Let’s take a look at what’s new in this update. 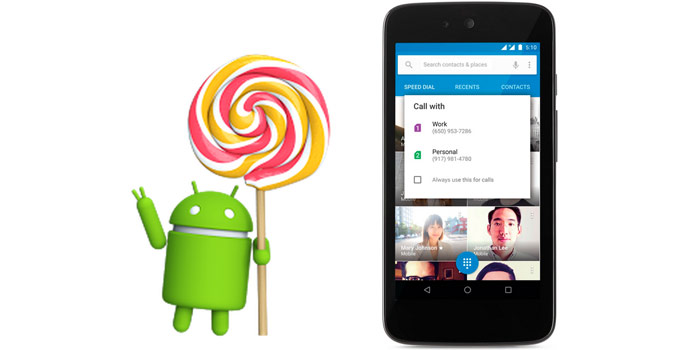 Although a kill switch has still not reached the operating system, Google has released something on similar lines in the form of Device Protection. In case of a stolen device, the thief won’t be able to use the Android gadget at all without the owner’s Google account password. In such a case, factory resetting the handset too won’t work.

Native support for multiple SIM cards has been added to this release as well. Hitherto, manufacturers had to tweak the Android software themselves to add compatibility for more than one SIM card, but this will now be done by the base software itself.

This version of Lollipop also brings with it native support for High Definition voice calling. Compatible handsets like the T-Mobile and Verizon variants of the Nexus 6 will be able to take advantage of this new functionality.

Lastly, Google has also added some user experience features to the Android 5.1 update. These include the ability to join Wi-Fi networks and control paired Bluetooth devices directly through Quick Settings.