The wait for Lollipop on the Motorola Moto E first gen smartphone has been long, but we’re happy to inform you that the Android 5.1 update is almost ready for roll out. In fact, it has already started seeding, but to those participating in the insider program in India.

With soak tests already underway, it should take more than a few days for the Lollipop update to roll out to the Motorola Moto E smartphone. Well, that’s provided no major bugs and issues are discovered. Obviously, this is going to be a huge release for the device considering that it’s still stuck on KitKat.

The final changelog for the update has also been posted online and a thread on XDA forums says that the OS version is listed as 23.21.15. The size of the update is just under 210MB which isn’t surprising since Motorola will not be throwing in much bloatware except for some of its own applications. 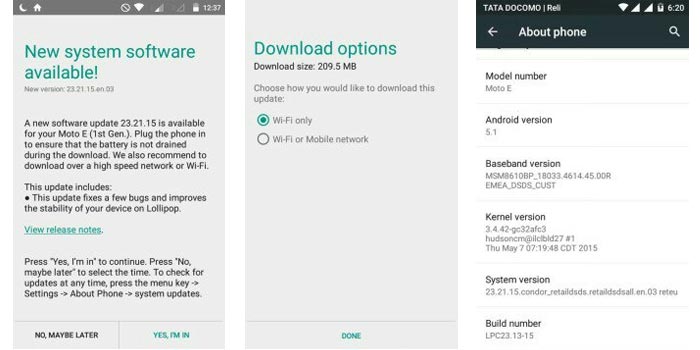 Additionally, you’ll get a near-pure Android experience. The biggest improvements in Lollipop are in the UI. The Material Design approach offers a cleaner look, fluid animations and more.

Then there’s a fresh notifications system which enables various new features, and a reworked recent apps interface. Other enhancements include Ambient Display which allows you to view notifications without turning on the entire screen, the switch to ART runtime which improves app performance, and improved battery efficiency. 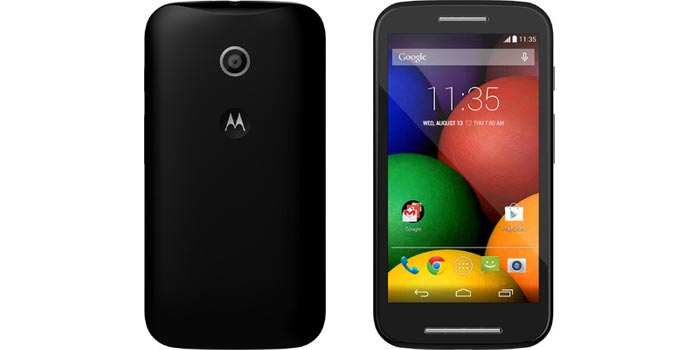 If you’re interested in picking up the Motorola Moto E, it’s currently listed with a price of Rs 4999 or Rs 3999 on exchange, on Flipkart.