While the flagship phones patiently await the new Lollipop treat, the budget-oriented Motorola Moto E 4G 2015 model is already seeing its Android 5.1 update roll out. The company hasn’t announced anything as yet, but many users in the US are reportedly receiving the new software update notification popup.

Just so you know – This is the LTE version of the second generation Motorola Moto E smartphone getting the update. There’s no word on when the 3G model will receive the same treatment, but we doubt that it will be a long wait.

Also, Pocket Now is reporting that the new firmware is seeding to unlocked units only which are being sold off-contract. The update is listed as version number 23.11.15.en.US and clearly mentions that it bumps the phone to Android 5.1 Lollipop. 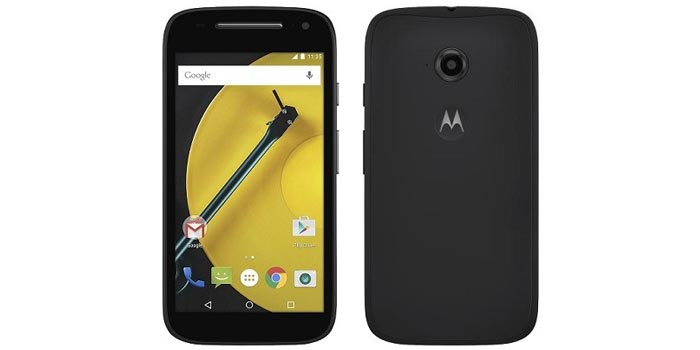 According to the changelog, the Motorola phone will offer better control over notifications, improved device protection by keeping it locked if stolen or even resetting it to factory settings and more in the form of bug fixes. Release notes for the update with a detailed list of what’s new and changed can be found over at this link.

In other news, Motorola has confirmed that its original Moto X smartphone will be getting Android 5.1 in the next few weeks. This means that other devices from the new lineup should get the new OS before the 2013 flagship.

As you probably know, the Android 5.1 update for the Motorola Moto E 2nd gen is rolling out in phases. So it could take awhile before it reaches other locations outside the US.