The Android 5.0 Lollipop OS has managed to reach all the eligible Nexus gadgets, which means it’s now the turn of the Google Play Edition devices to get it, with the prime ones among them being the HTC One M7 and One M8. These two smartphones were slated to receive the update early this week, but the launch has been delayed until this Friday according to the Taiwanese company.

Android 5.0 Lollipop will be rolled out as an OTA download for these two Google Play Edition handsets on November 21. This news comes via HTC’s vice president of product management, Mo Versi who acknowledged the delay through his Twitter account. 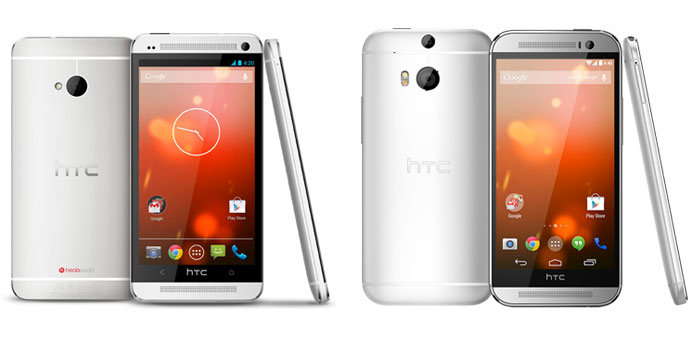 He further went on to reveal that they are ‘working aggressively’ to get the Lollipop update out for the One M7 and One M8 smartphones as quickly as possible, after mentioning Friday is their new target. There’s still no word on when Google Play Editions of the Samsung Galaxy S4, the Moto G and the LG G Pad 8.3 will get their Lollipop treats.

The 5.0 version of Android will of course be delivered in its stock form to these particular handsets, since they are Google Play Editions. So, owners will be able to enjoy all the awesome new features which the software comes equipped with. These include a new faster runtime for apps, a battery saving mode, fresh notifications menus, new quick settings, a guest mode and a lot more.

@martywinsen Hi Marty, got delayed – new target is Friday. Working aggressively to get it out as quickly as possible. Thanks. Mo

Like we said, Friday November 21 is when HTC One M7 and M8 Google Play Edition owners should look for Android 5.0 Lollipop to arrive on their handsets.