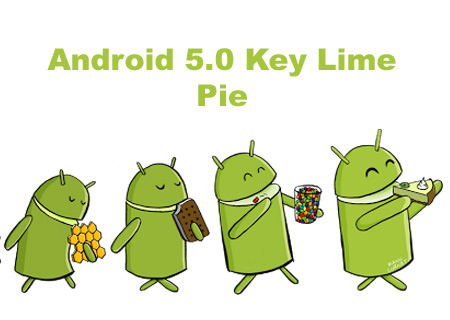 We’ve got some good news – Android 5.0 Key Lime Pie is going to be the next Google mobile OS, or so claims a report. And then there’s some bad news – The platform isn’t going to arrive anytime soon as it is slated for an official unveiling towards the end of October. Now, what about 4.3 Jelly Bean we’ve been seeing all over the internet?

Google conducted its annual I/O event last month and there were a lot of expectations from the Mountain View giant, both hardware and software related. Well, neither did we get to see a new iteration in the Nexus lineup, nor an updated OS release. For what it’s worth, the company’s primary focus was on developers and we did get treated to a Galaxy S4 running a pure vanilla software. But still, no Android 5.0 Key Lime Pie or even 4.3.

As it turns out, the company has reportedly pushed the launch of its upcoming OS back a few months. And instead of Android 5.0 Key Lime Pie, it planned a ‘stop-gap’ release through 4.3 Jelly Bean which is still nowhere to be seen. Just a reminder – The latter firmware was supposed to go official 5 days back. The main reason behind the holdup is that the company wants to give OEMs more time to get their current devices up to speed with the latest version available.

We currently have no details on what the next-generation OS will look like and the features it will carry. A post on VR-Zone notes that it will be an optimized OS and even older devices with 512MB of RAM will be run it smoothly, that’s provided OEMs and carriers are willing to push out new updates to legacy phones and tablets. The Motorola X Phone is speculated for launch around the same time as Android 5.0 Key Lime Pie, but will it arrive with the latest platform?

With every major release, Google brings along some new hardware. So we can expect another generation of Nexus devices in the coming months running Android 5.0 Key Lime Pie.

Specifications of the Nexus 5: