Just yesterday, Sony announced that it started rolling out Android KitKat for its flagship devices and now LG has also done the same with its international G2 smartphone. The platform is being seeded over the air and it brings the OS to version 4.4.2. While proof of the rollout is available, there’s no information on how large the update is.

As you’re probably aware, the Korean model has been enjoying Android 4.4 KitKat since December last year and the AT&T LG G2 in the US was treated to the latest firmware just last month. GSM Arena has managed to get its hands on a screenshot which shows the handset running the latest firmware. Based on the details available, the phone will offer better performance, enhanced battery life and enhanced KnockOn. 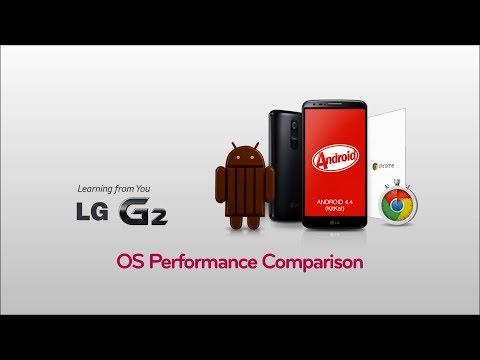 The firmware for the international LG G2 isn’t likely to be much different from the AT&T version. The smartphone will come with an improved UI where the status and navigation bars have been modified. Along with better security features, a full-screen mode has also been incorporated, but it will only work on supported applications. Not only will be phone perform 17% faster in applications, but also have improved browsing speeds owing to the new Chromium engine.

Here are the specs of the LG G2: 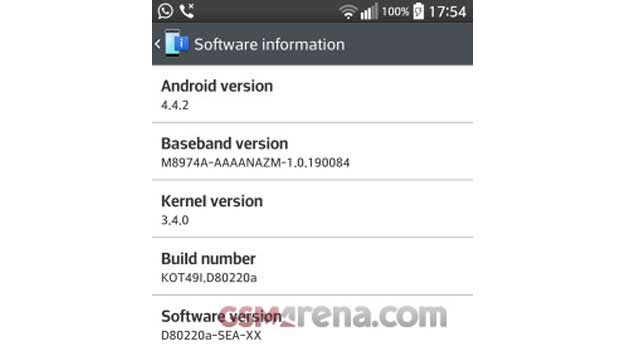 The Android 4.4 KitKat rollout has already begun and it should be available for all international LG G2 users in the coming days or weeks.