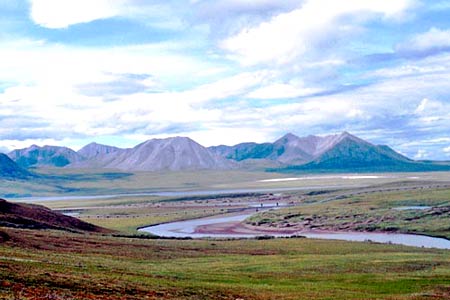 Canadian researchers have conducted a study and found that the ancient ponds in the Arctic are quickly evaporating during the polar summer. They have revealed that this phenomenon demonstrates the rapid effects of global warming, threatening bird habitats and breeding grounds and reducing drinking water for animals.

These ponds are very important as they are home to algae and invertebrates such as insect larvae, and waterfowl too, use them. Since 1983, John Smol of Queens University in Kingston, Ontario, along with Marianne Douglas of the University of Alberta in Edmonton, has been studying about forty ponds on Ellesmere Island in northern Canada.

John Smol says, “If you take the lid off, it is similar to what we are observing in these ponds. The soup will slowly decrease in volume and it will get saltier and saltier as the water evaporates, leaving the salts behind. That same evaporation process is taking place with these ponds”

Marianne Douglas explains, “No small wonder that we are seeing evaporation occurring. An extra month is tremendously long up there where the growing season is so short.” In fact the researchers have stated that the ecological implications of these changes could affect the whole Arctic ecosystem. This means that the lower water levels will have many circumlocutory environmental effects, such as additional concentration of pollutants.

What’s more shocking is that according to the weather records, there has been no decline in rain and snowfall in the region. Some of the arctic ponds have drained when the permafrost melted beneath them and the ponds sit above bedrock. It’s interesting to note that ponds that had previously remained frozen until mid-July were free of ice as early as late May.

Scientists have also noted that these changes have come fast and still don’t know how far this warming or drying will go. They said that their studies have indicated that climate changes were displayed as long as 150 years ago. It seems that governments will have to take global warming more seriously as instances like the Arctic ponds phenomena could become more regular and could have major implications worldwide.