In the first week of August we reported that airlines like Delta Airlines, American Airlines and others were planning to introduce WiFi on flights. Well, American Airlines has finally equipped its fleet of planes with the internet service for you to remain connected while you are flying high in the sky. 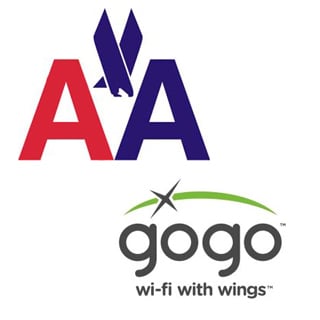 The launch of the WiFi service in American Airlines is not only about Wi-fi but also about ‘Gogo’ the broadband service by Aircell that has been launched alongside.

“We are pleased to provide our customers with the unprecedented ability to stay connected to their family, friends and business associates on the ground via the Internet while traveling at 30,000 feet above the United States,” said Dan Garton, Executive Vice President – Marketing, American Airlines. “With today’s launch, American Airlines makes history as the first and only U.S. airline to offer customers full in-flight Internet connectivity, demonstrating once again our industry leadership and focus on our customers.”

American Airlines passengers will be able to surf the Web, check their e-mails, have conversations on chat and do lots of other internet related activities on their laptops, PDAs or their phones supporting internet. Passengers will be able to access the internet after they are 10,000 above the ground. Gogo’s home page will welcome the users as they on WiFi on their gadgets.