AMD had earlier announced that it was intending to slash the prices of its entire CPU lineup…and it has indeed done so. 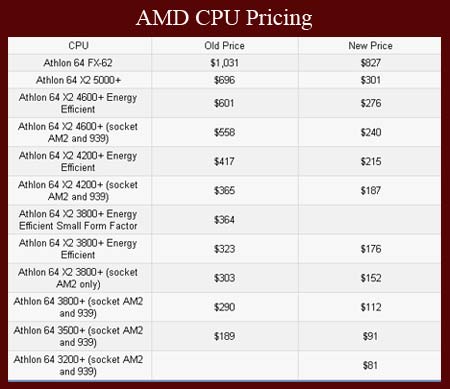 Another prominent change is that AMD has removed multiple CPUs with 1MB L2 cache from their lineup, including the 4000+ and X2 4800+. This was done to make AMD’s latest CPU’s cheaper to manufacture.