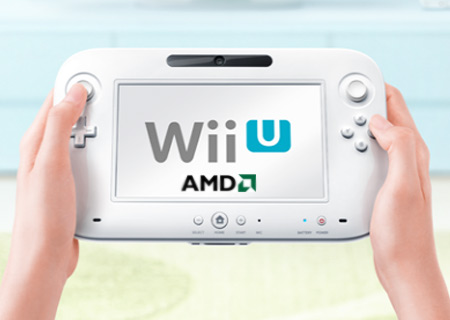 With gaming systems, the graphics chip at the core is usually a matter of interest to those who spend gleeful moments speculating over the kind of entertainment that can be expected from them. The new-fangled Nintendo Wii U marries an AMD Radeon HD GPU, according to a statement made by the latter company at the E3 2011.

Going by the announcement, it sounds like Nintendo has signed up the hardware manufacturer to supply custom GPUs for the upcoming console. The graphics technology is built to handle HD visuals, rich multimedia acceleration and playback. And we must not forget the multiple display support either.

There’s not much by way of the embedded GPU’s exact specs to chew upon for now. Regular folks who claim to be gaming fans aren’t likely to lay hands on the Nintendo Wii U and test the AMD Radeon GPU goodness this year. That’s because the console is expected to hit shelves only in 2012.