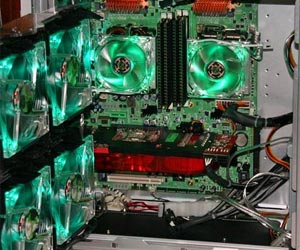 According to Bob Brewer, corporate vice president and general manager of AMD’s desktop division, “AMD has always enjoyed a great bond with the enthusiast community, and the introduction of the AMD Phenom processor family will take our relationship to new heights. We continue to focus on listening to and addressing users’ evolving needs. AMD is confident the performance enhancements enabled by true quad-core client technology in computing-intensive environments will allow them to realize new possibilities and find new inspiration.