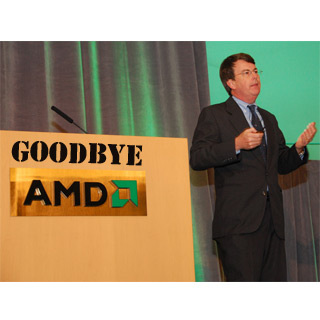 AMD’s Senior Vice President and Chief Technology Officer Phil Hester has resigned and apparently the computer processor maker is in no intentions to fill that position.

AMD spokes, Drew Prairie stated, “He is leaving to pursue other opportunities.” Prairie continued that as of now Hester has not revealed his future professional plans.

Prairie emphasized that Hester’s exit was not related to the 10 percent job cuts amounting to around 1,650 jobs, which the Sunnyvale, California-based company announced earlier this week. He said, “We don’t have any plans to continue that global CTO position.”

The 55-year old holds a Bachelor of Science and a Masters in Engineering from the University of Texas at Austin. Hester was a 23-year veteran at IBM, and also has the distinction of being the co-founder, and CEO of start-up Newisys, now a Sanmina-SCI company. Hester joined AMD in 2005.