Along with an upgraded Fire HDX 8.9 tablet, retail giant Amazon has also launched a fresh Kindle Fire HD series which comprises of a 6-inch and a 7-inch device with prices starting at $99. The e-commerce giant has even unveiled the Fire HD Kids Edition that’s not only designed for the little ones, but parents as well.

The only differences between the 6-inch and 7-inch Kindle Fire HD tablets are in the dimensions and weight. The former device weighs 290 grams and measures 10.7mm thick, while the latter is 337 grams heavy and has a thickness of 10.6mm. The second model also replaces the 2013 slate in the lineup. 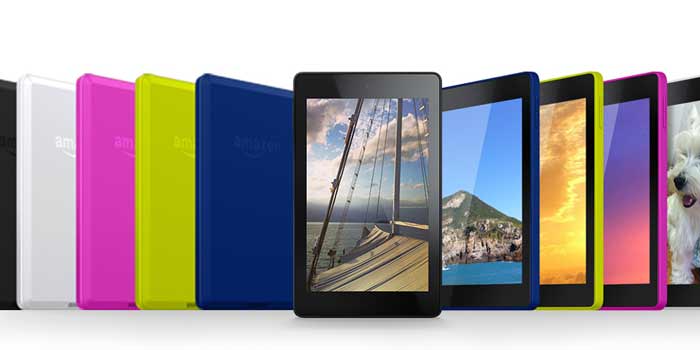 Both slates grant 1280 x 800 pixel displays with Corning Gorilla Glass and are powered by an undisclosed 1.5GHz quad core processor. They feature Wi-Fi connectivity only and come in the usual 8GB and 16GB storage options. The 6-inch model packs a mono speaker, while the larger sibling offers stereo sound.

Other features of the slates consist of Dolby Digital Plus audio, Wi-Fi connectivity, dual cameras (2MP rear and VGA front) and up to 8 hours of battery life. Coming to the Fire HD Kids Edition, this series also comprises of two tablets and they are merely rebranded versions of the aforementioned slates with extra protection. 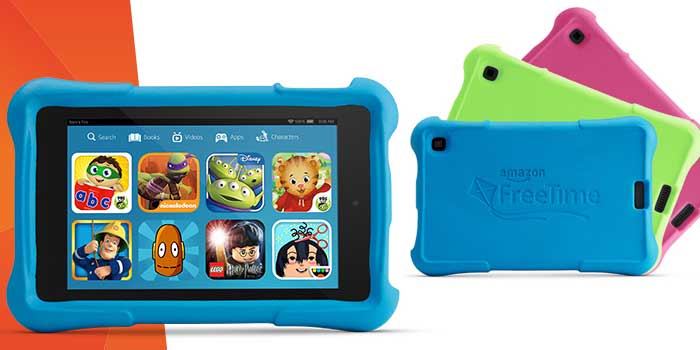 Amazon is offering them with free unlimited access to educational apps and games, books, movies as well as TV shows. There’s also a 2-year worry-free guarantee where they’ll replace a broken unit at no additional cost.