Amazon had announced back in January that the new Kindle Paperwhite eReader will start shipping on February 4 and as promised, the e-retailer has started dispatching the gadget to those who had placed their orders after it went up for pre-booking. Apart from Amazon, close to 250 retail stores in major cities have also started selling it from today onwards.

The second generation Kindle Paperwhite slate comes in two variants, Wi-Fi-only and 3G + Wi-Fi, both of which are now available for under Rs 14,000. It tags along a high-contrast display that offers improved reflectivity to make it look like a physical book. The key highlight of the eBook reader is the built-in light that is said to be capable of reducing eyestrain. 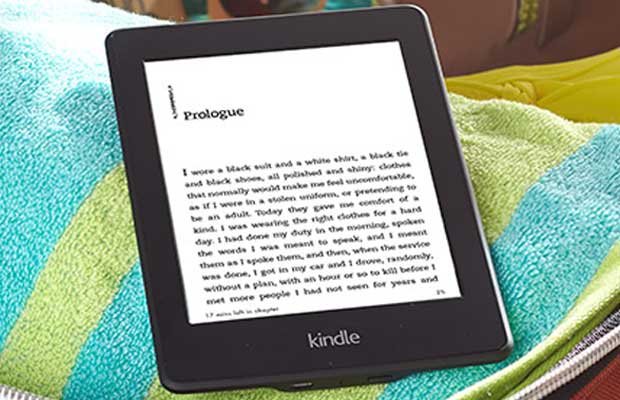 A lot of improvements are also in the offing and according to the company, it has a processor that is 25 percent faster than the previous generation Paperwhite. A new and responsive touch technology can also be found in it in addition to features like Kindle Page Flip, Vocabulary Builder, Smart Lookup, In-Line Footnotes, Free Time and many more.

Needless to say, it continues to be deployed with Whispersync that synchronizes your Kindle eBooks across all your gadgets and applications so you can resume reading a book on almost any device. All of these things are crammed into a chassis measuring 169 x 117 x 9.1 millimeters and weighing in at 206 grams.

Amazon’s new Kindle Paperwhite has been priced at Rs 10,999, while the 3G + Wi-Fi version costs Rs 13,999 in India. It can now be purchased through the e-retailer’s website.