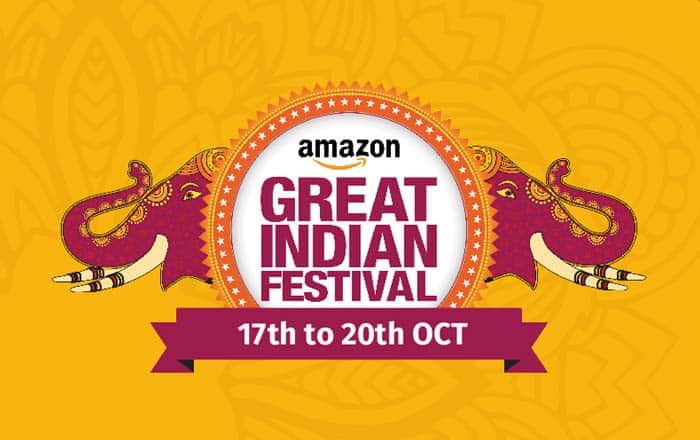 Amazon has officially opened its doors for the second edition of its Great Indian Festival mega sale promising deep discounts across various categories. The event will go on till October 20 and is offering an additional cashback for Citi credit and debit card holders. They’ll be getting a 10% cut if they purchase items via the site and 15% one if they do so via the retailer’s app.

Starting off with the 64GB iPhone 6S, the handset is now available at Rs 45999. The steep Rs 17000 fall in cost is especially enticing when considering the fact that the 16GB version of the phone is selling at Rs 39989 on the site.

Such exchange schemes are a fixture across Amazon’s Great Indian Festival. For instance, the Rs 27999 OnePlus 3 has been bundled with a maximum Rs 20070 swap offer. Similarly, the newly-launched Rs 19999 Xiaomi Mi Max Prime and Rs 15990 HTC Desire 10 Lifestyle are being packaged with up to Rs 15300 and Rs 12690 trade-in deals.

There’s also the 32GB (Rs 17999) and 64GB (Rs 19999) Z2 Plus up for grabs tied with a Rs 14220 and Rs 15300 exchange system, respectively. Lenovo is further upping the stakes by promising a number of other deals including an extra Rs 2000 cashback in the form of an Amazon Gift Card if the buyer snaps up the handset with the swap offer.

Other than phones, Amazon’s Great Indian Festival is also offering a Rs 1000 cut for the all-new Kindle and Rs 750 fall for the Xiaomi Mi 20000mAh Power Bank, translating to a Rs 4999 and Rs 1749 price tag, correspondingly. The site is further serving up an Airtel scheme which promises 15GB of data at the cost of just 1GB.