Forget about a Facebook phone, an Amazon-branded one is said to be on the cards at an unbeatable price of $0. The company is actually considering selling (if you want to call it that) their upcoming handset for free, according to the latest rumor. But what’s there in it for Amazon?

Borrowing a leaf from Apple

iTunes is unarguably the most compelling argument in favor of building a good ecosystem around devices rather than letting only the hardware do the talking. The App Store has been a great money-spinner for Apple and boy, did Google pounce on that with Android. 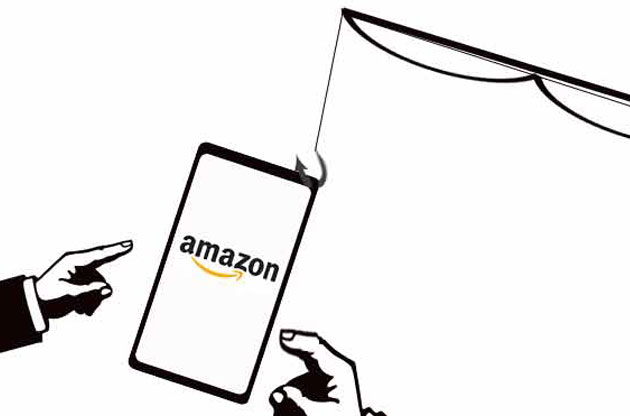 But neither of these tech giants has tried to do what Amazon is apparently attempting – making profits solely out of software. Jessica Lessin says that ‘people familiar with’ the company’s efforts have started talking about a free smartphone on the agenda, even if it’s not yet clear whether hardware makers will be willing to back this strategy.

Just like the Kindle Fire, the rumored handset may also run a forked version of Android. This drags two major issues into the picture. Android may be free to use, but that doesn’t mean Google doesn’t have a huge degree of control over the software. So Amazon is touted to have had trouble finding a hardware manufacturer who can make Android devices not approved by Google.

Secondly, how many of us are willing of sacrifice access to the Play Store in exchange for a phone? Unless the much speculated device is powered by the pure Android experience, don’t expect to shop in Google’s virtual marketplace for compatible apps. But we can think of a dozen people who’d gladly order the handset in question only to tinker around with it.

This is precisely why Amazon cannot afford to sell it without any strings attached. The funny thing is, the retailer’s supposedly keen on vending the phone for free even if buyers don’t sign up for a new wireless plan. Maybe Amazon Prime then? It is a $79 per year membership program which offers free two-day shipping, unlimited steaming of entertainment content via Instant Video and more.

So we bet our favorite socks that Amazon won’t be able to hawk a free device with no strings attached. In other words, this free smartphone is not going to be free after all. But be prepared for an important Android-based handset launch that won’t be suffocated by Google’s T&C. At least, that’s what MIT Technology Review’s interview with Skyhook Wireless’ Ted Morgan has to say.

Uh-oh, the retailer has dashed all hopes of a free phone in an official statement to AllThingsD. It insists that we won’t be seeing an Amazon handset this year and if the market does welcome such a device in the future, it won’t carry a price tag of zero.