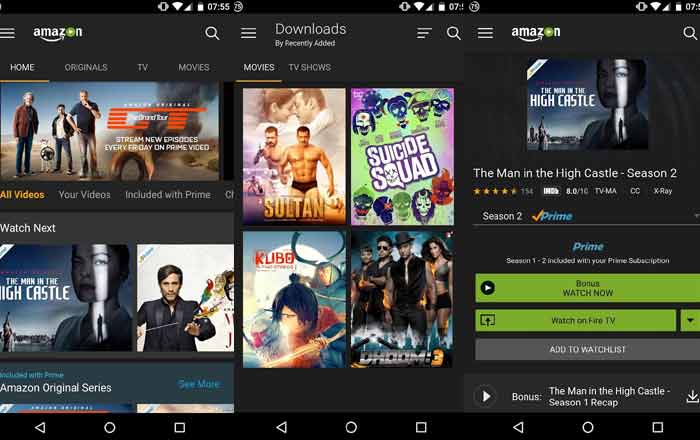 Amazon India’s finally launched its highly-anticipated Prime Video streaming service in India, a number of months after introducing Prime membership in the country. Subscribers can now view an assorted mix of original, local, and international content without ads.

Access to Prime Video will be included within a person’s Prime membership. The latter is officially priced at Rs 999 but has been available at an introductory cost of Rs 499 so far with no indication of when it might end. Interestingly, industry sources told the Economic Times that Amazon India is not expected to increase the fee.

If true, the Rs 499 cost would make Prime Video one of the cheapest options to watch content in India. Netflix’s basic monthly plan costs Rs 500 and Hotstar charges Rs 199 per month. However, neither can offer Prime benefits like one-day or two-day shipping and early access to deals applicable to Amazon’s vast hoard of products.

Prime Video is currently showcasing a number of Bollywood and regional titles like Sultan, Kabali, Dhoom, and Baar Baar Dekho. Amazon had previously announced that it had tied up with Karan Johar’s Dharma Productions to stream movies like Ae Dil Hai Mushkil, Ok Jaanu, Student of the Year, and Kal Ho Naa Ho.

Amazon’s also going to showcase animation titles like Doraemon, Shin Chan, Super Bheem, Chhota Bheem, and Ninja Hattori. This is in addition to original shows such as The Grand Tour, The Man in the High Castle, and Mozart in the Jungle. Users will further be able to download content offline.

You can download the Amazon Prime Video app via the App Store or Play Store.