Amazon phone pays yet another visit to leak-ville

Yes, the strange six-camera-setup can still be spotted on a newly leaked press render of the upcoming Amazon phone. Expected to be a worthy competitor to the innovation-laden Moto X, this smartphone is the first from the retail giant and is said to be about a month away from its official unveiling.

Just like last time, BGR is the source of this new leak which showcases the front and rear surfaces of the handset. Glass seems to prominently occupy space on both these facades, whereas its overall feel is not much different from other smartphones that are available in the market right now. 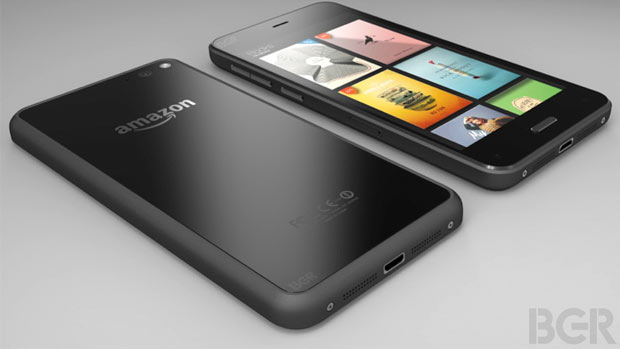 One of the key selling points of the Amazon phone is expected to be the fact that it features six cameras which are aimed towards its pioneering 3D-effect interface that tracks the position of the user’s head in relation to the device’s screen. Various gesture-based controls will also be provided with it apparently.

Slated to grab a heavily modified version of the Android OS, this smartphone is touted to grab mid-range specs that include a 720p display, a quad core processor, 2GB worth of RAM and more. Its maker will also be offering a unique data plan with this device. 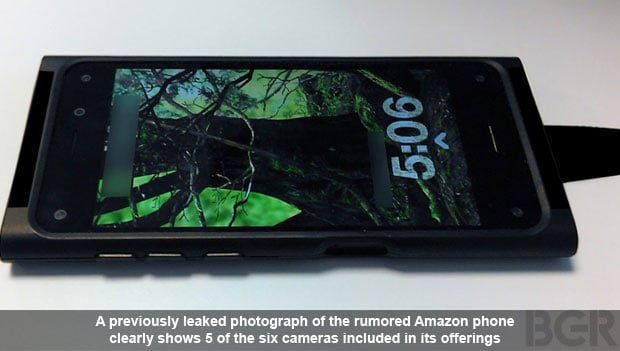 The intensifying of the leaks regarding the rumored Amazon phone is an indication of sorts that we’re moving closer towards an official launch. Stay tuned for all the latest news related to this handset.

Here’s a neat look at the rumored specs of the Amazon phone: